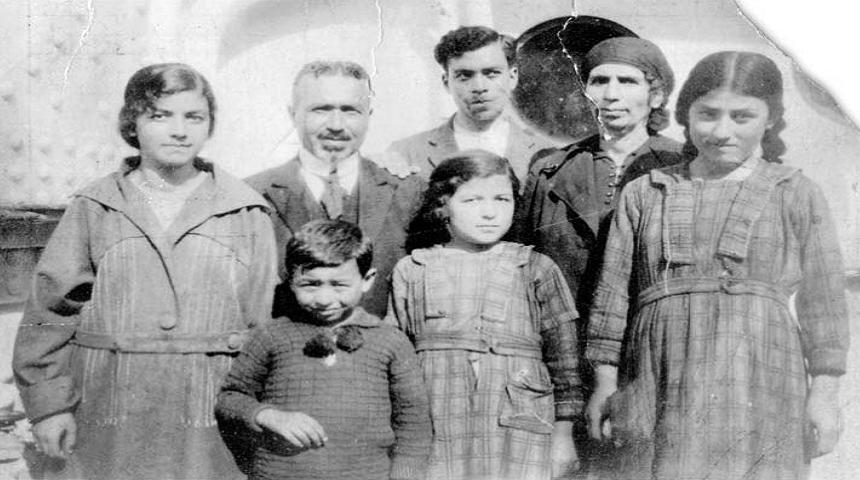 “Who, after all, speaks today of the annihilation of the Armenians?”

The Armenian Genocide is one of the wholly-forgotten parts of the First World War. Between 1894 and 1896, after demanding more ethnic autonomy and religious freedom, 300,000 Armenians were killed in what was dubbed the "Hamidian Massacres" after Sultan Abdul Hamid himself. Amidst rumors that the Armenians were aiding their ethnic brothers, the Russian, against the rival Turks, the Armenian Genocide took the lives of an estimated 1.5 million Armenians between 1914 and 1918. Click below to view the video about the genocide as a preview for the rest of the site. 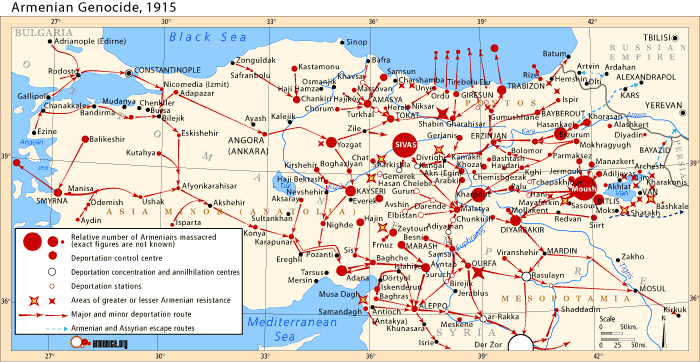 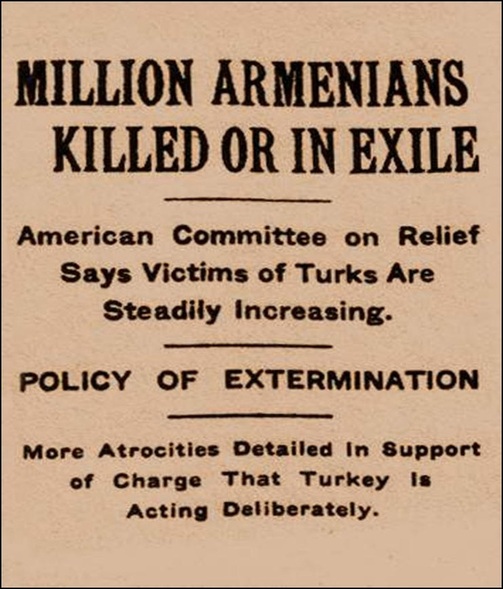 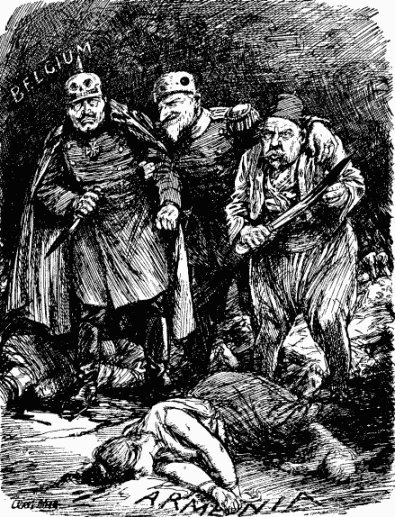 News of the atrocities circled the globe. The New York Times revealed the massacre on its front pages, the British satirical magazine Punch featured the above image of Germany, Austria, and Turkey united in genocide...yet the United States did little to help until after the war.

In 1919, Major General James Harbord was sent by President Woodrow Wilson on an "ambassador's mission" to discuss the possibility of an Armenian Mandate. Put simply, he was to draw up the "pro's and con's" of creating a separate, ethnic homeland for the Armenian people and whether or not the United States should help in this creation. Upon return, Harbord made the following recommendations based on the following facts. His direct quotes are below:

REASONS THE UNITED STATES SHOULD HELP WITH THE MANDATE:

REASONS THE UNITED STATES SHOULD NOT HELP WITH THE MANDATE:

Both the British and the French proposed the following map as ideal mandate sites. Notice how the sites infringe on already-established nations. In the end, the United States DID NOT help with the mandate, and would withdraw towards a post-war, domestic focus. 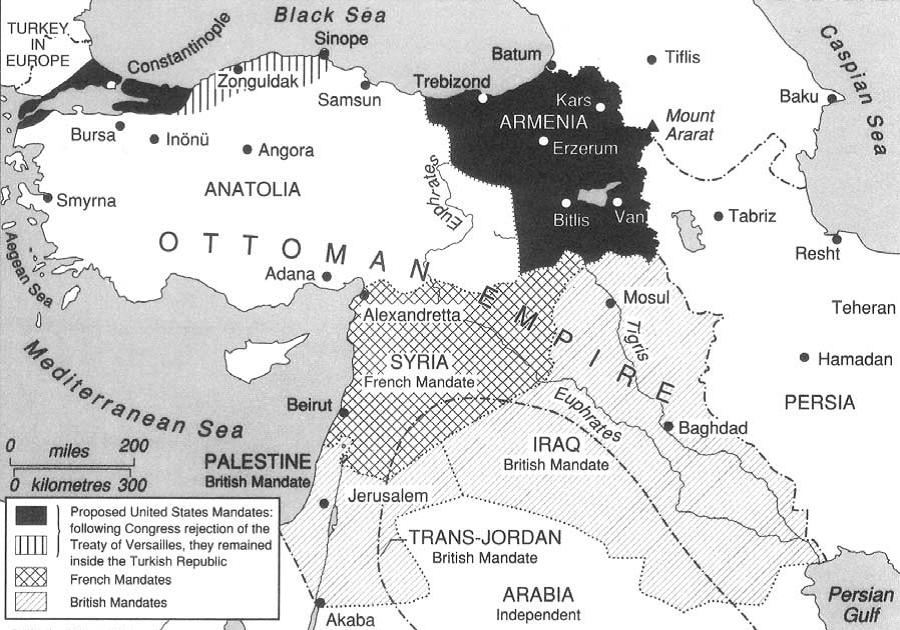