Tracing the Evolution of the
French Revolution, along the
"Crane Brinton" Diagram, through Historical Headlines of the Events 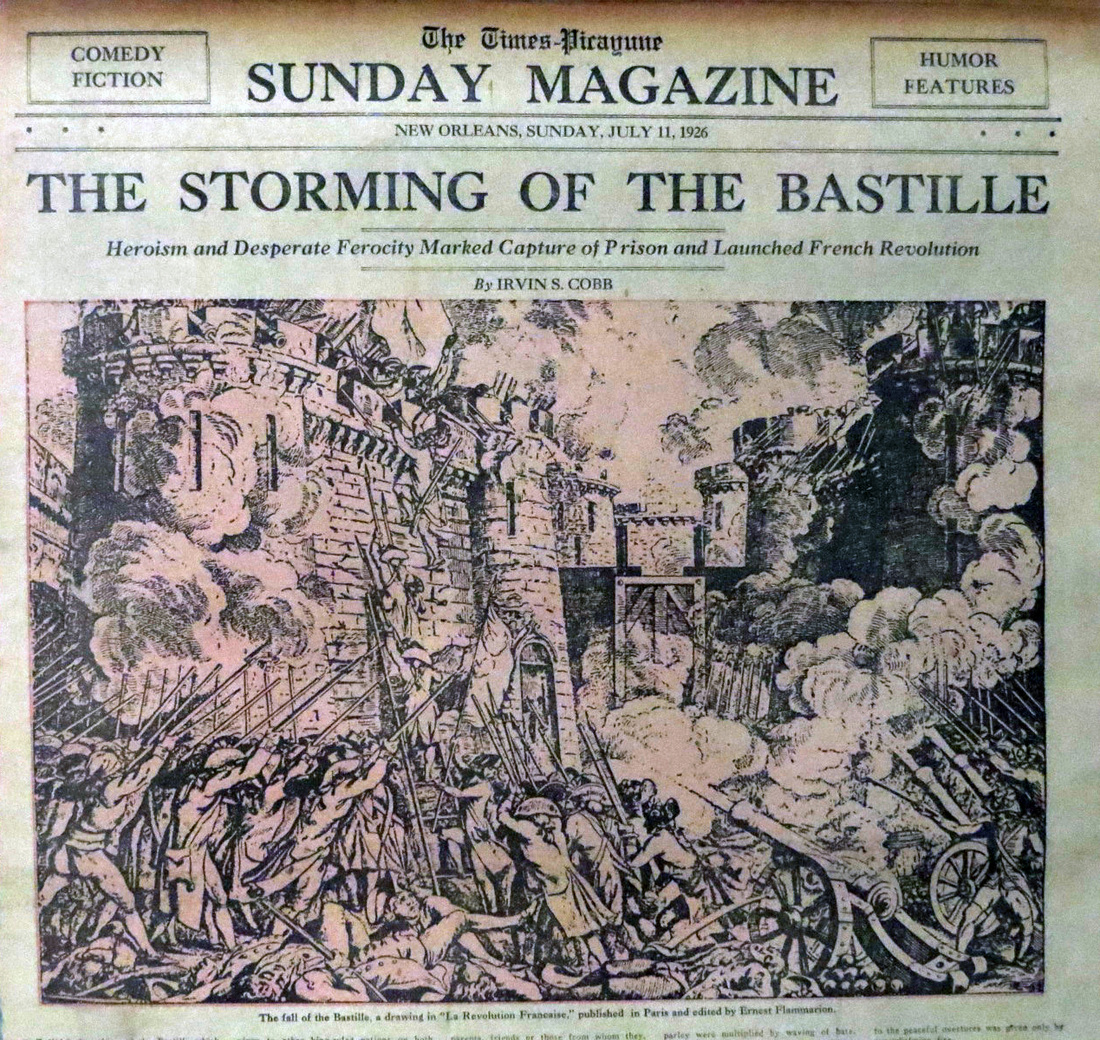 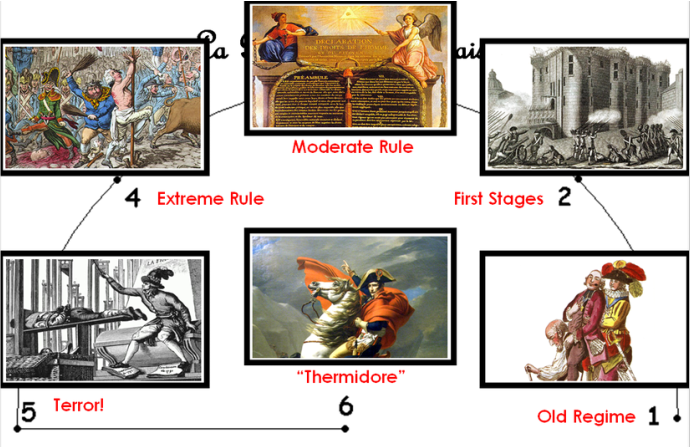 We've already discussed the Old Regime "status quo" and on your Select-A-Quest Activity, you've already traced the evolution from "civility" to "violence": from the List of Grievances to the Tennis Court Oath to the Storming of the Bastille and eventually to the writing of the Declaration of the Rights of Men. And that's where we'll pick up the story with this "Headlines" activity.

For each headline, I want you to place the information along your Crane Brinton Diagram. The information is relatively easy to understand, but what's more important is the event's location on the diagram. Simply provide the headline title and perhaps a brief description. 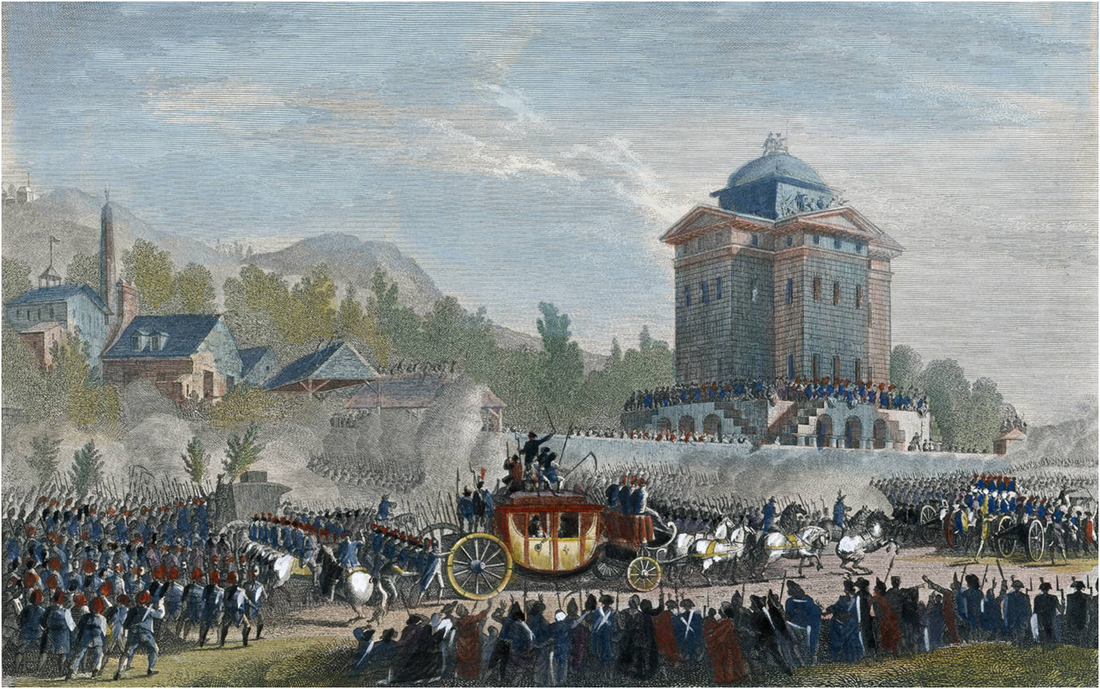 The Walk of Shame: King Louis XVI and Marie Antoinette were discovered trying to flee the city. 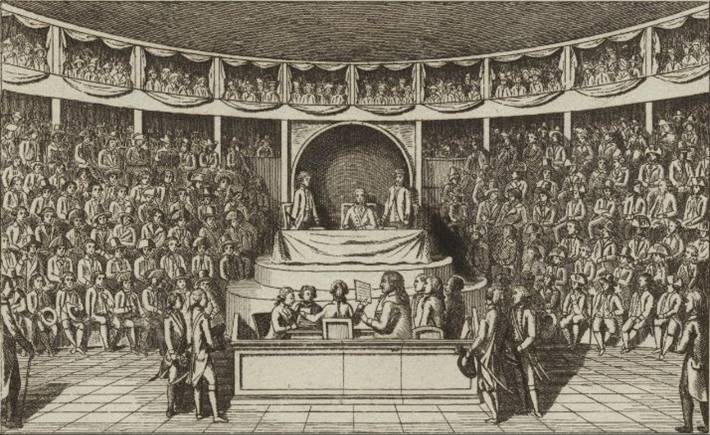 Trial of the Century: King Louis XVI was put on trial for crimes committed against the country. 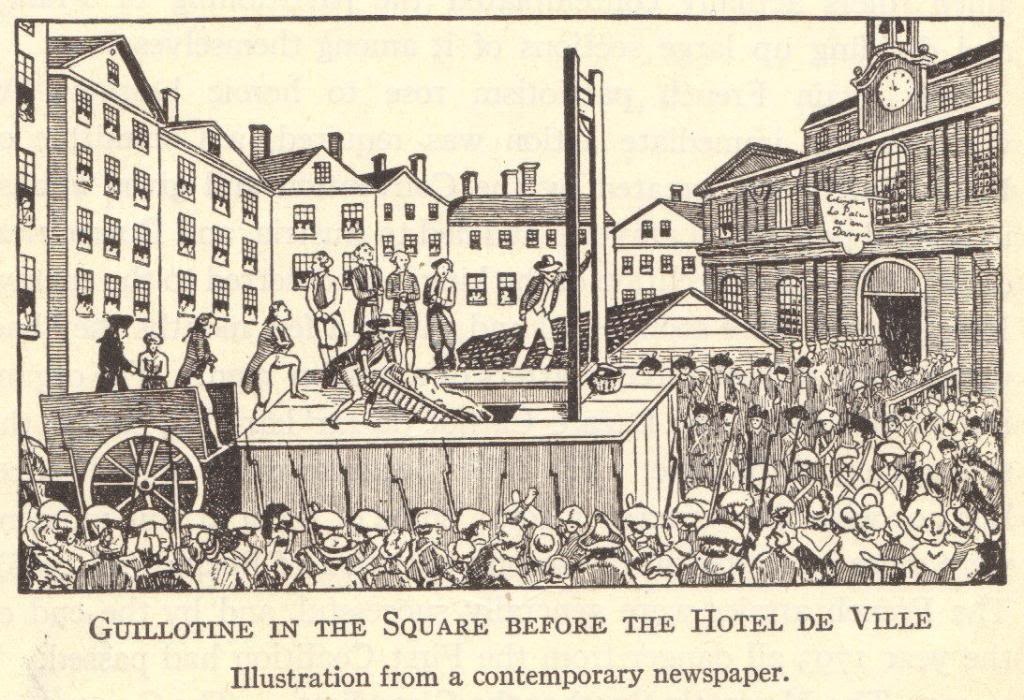 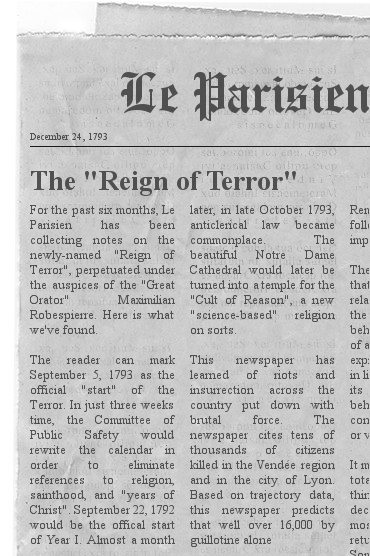 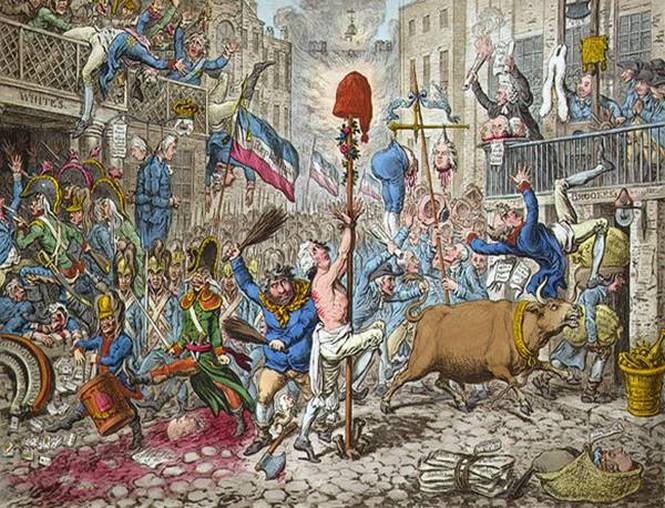 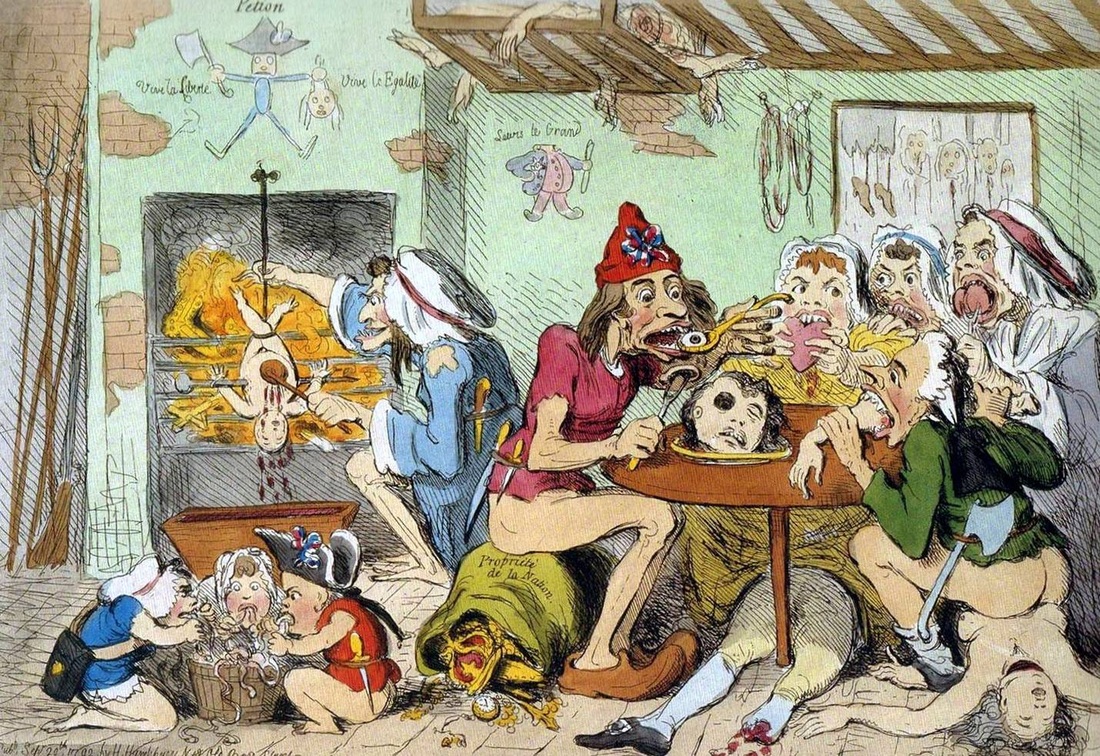 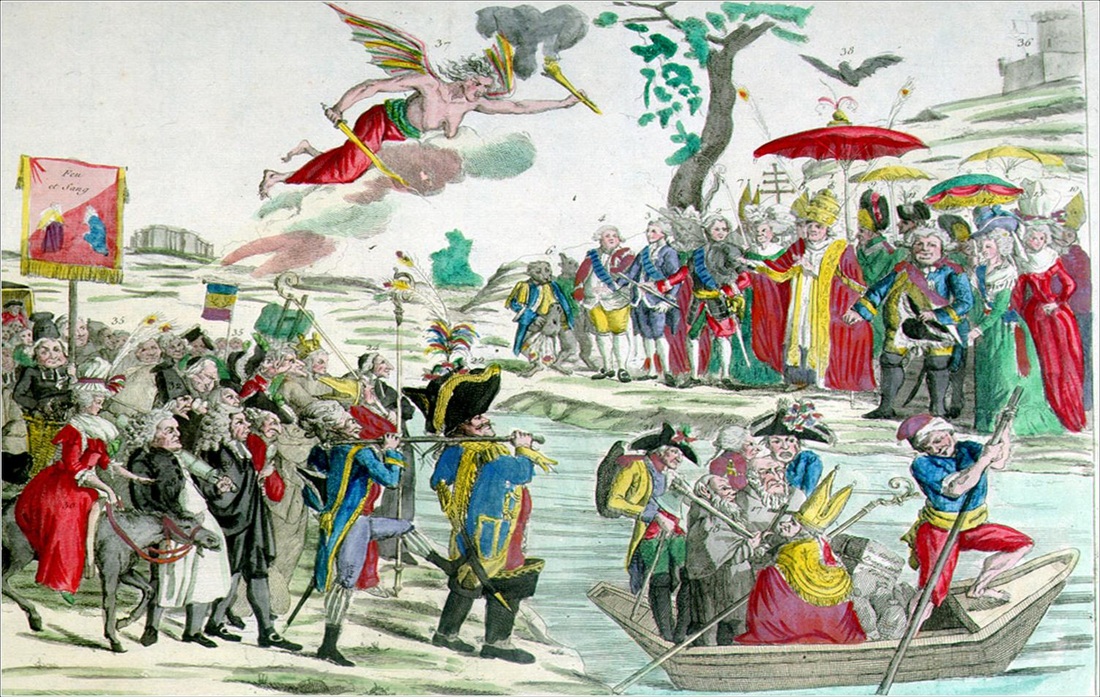 The refractory (“stubborn”) Clergy on their metaphorical way to the “Promised Land”. One of the goals of atavistically-noted Reign of Terror was to purge the land of corrupt clergymen. 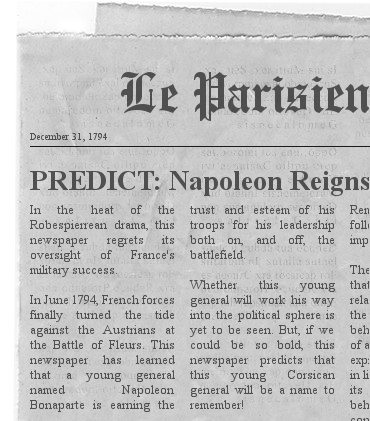 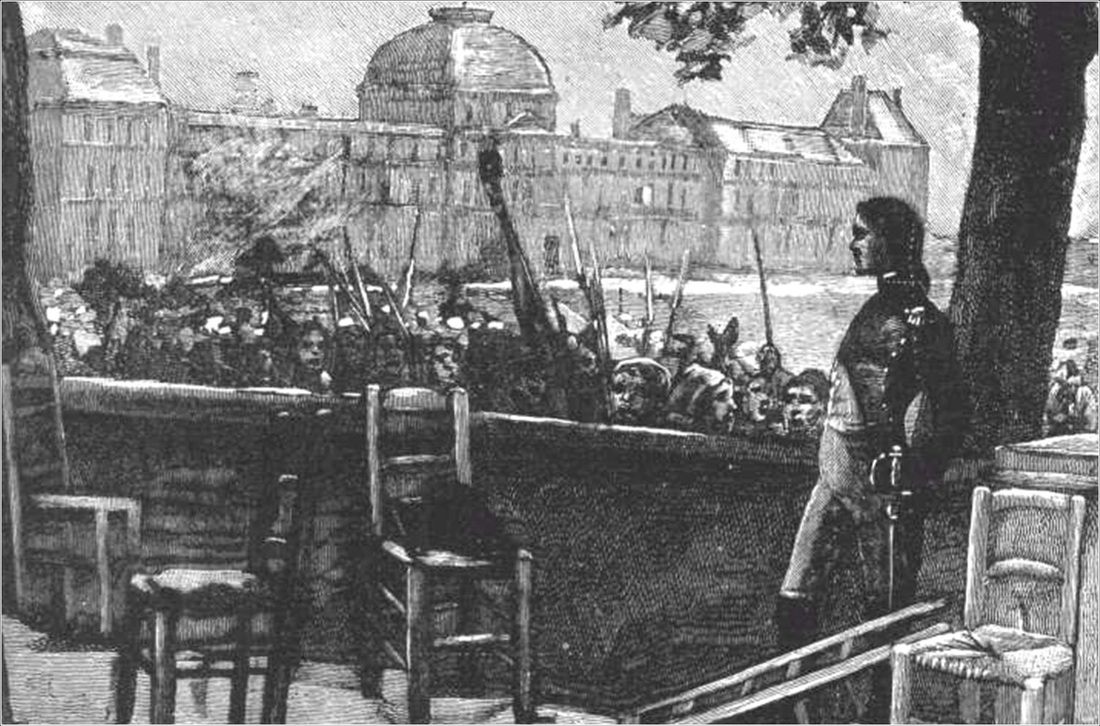 Bonaparte Watching the Mob in the Tuileries Garden - June 1792. From a painting by Georges Cain.