"Fantasy Christianity":
The Protestants vs.
The Catholics 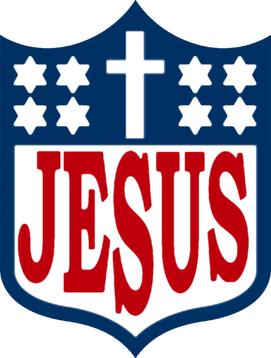 In 1517, Martin Luther nailed his 95 Theses to a church door in Wittenberg, Germany, setting off a chain reaction of Protestant Reformation throughout the Holy Roman Empire. A few decades later, starting in 1545, the Catholic Reformation would find its genesis at the Council of Trent. The German Peasants Wars of the mid 1520s and 1530s would claim the lives of thousands as many believed the "End Times" were upon the European continent.

But who will win in the end? In a "fantasy football"-type simulation, let's imagine that the fate of the European Christian community lies on the battlefield...both literally and figuratively...between the Protestants and the Christians. Evaluating the roles, strengths, and weaknesses of various Protestant and Catholic leaders, establishments, councils, and ideological progresses, you will "pick" players for your team, ultimately trying to "win the game" for your side. Read the "scouting reports" below, choose your "players" and let's see what happens!


***NOTE that this simulation is intended for analysis and evaluation and is NOT intended to make light of religious doctrine, Catholic or Protestant foundations, or the messages of Jesus Christ, or to trivialize the tragedies of religious wars or casualties tallied in the name of religion. It is simply an application of essential themes and developments of European history. Though this activity may be "fun" in nature, it certainly does not intend to "make fun", in anyway whatsoever, of religion, believers, followers, or those who hold the Catholic or Protestant faith as both social and literal truth. 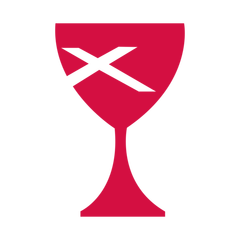 QB: Ulrich Zwingli (20 Points): Zwingli has long been the starting quarterback for Luther's Protestants. Strong under center, with traditional mechanics and fundamentals, Zwingli has been known to improvise from time to time, often angering his coach, Martin Luther. As long as he's "feeling it" ("it", being the "Holy Spirit"), Zwingli is the best there is. He has not shown well against the Catholics, however, as his "past" tends to clash with his "present", often times giving him a "crisis of hope and faith" in regards his Catholic roots and his Protestant secondary education. Rumors state that the Catholics have been sending him threatening notes on printing press parchment this past week. Regardless, look to Zwingli to have a strong showing against the Catholics on Sunday.

QB: John Calvin (15 Points): Calvin is a team favorite, often inspiring his players to "fight the good fight" and to push through injuries in the name of Christ. No friend of the media (he typically keeps to himself...) Calvin has been "odd" as of late, often leaving the team for time abroad in Geneva and England, though he always comes back "on fire for the Lord". Calvin's best attribute is his work ethic; Zwingli's a better leader but Calvin is nothing short of a "gym rat" where he's first to arrive and last to leave. Though he attracts some negative attention, he might be a good "start" against the Catholics this week as all eyes, and preparation, have been on Zwingli.

RB: German Peasants (13 Points): Prone to injury and setback, and a little "worse for wear" as of late, the Peasants still make a strong case at running back because of their killer running style. Some RB's avoid the hit, dance around the side and scamper to the sidelines, but the Peasants will penetrate the middle every time. Look for big yardage, or big injuries. They're a toss up this Sunday.

RB: King Gustavus Adolphus, Sweden (13 Points): Some say it's never a good idea to start a rookie, but Adolphus has fast legs and quick feet. A stranger to the European continent, Adolphus, regardless, was trained at the finest Lutheran football camps, creating a buzz when he was just a teenager. However, Adolphus has his own style, often choosing to play "when it feels right". Is Adolphus a leader in training or a bandwagoning Protestant? It's too soon to tell. But his youth and strength make him a good bet for Sunday.

WR: French Huguenots (19 Points): If wide receivers can be called "diva's", then these guys wrote the book on aristocratic privilege. However, their vanity is not unfounded: the Huguenots might be some of the best players on the field. Slowly groomed under the auspices of the French kings, some have called the Huguenots "soft" and "veal-like" because they tend to wade in luxury, seldomly moving for hours at at time! But one man's veal is a loaded spring of potential energy. When the Huguenots are on...nobody beats them!

WR: Dutch Stadholders (11 Points): The "little brothers" to their Huguenot counterparts, the Stadholders are tougher, grittier...but just as privileged. Some of their inferiority to the French superiors is unfounded, though the Stadholders and their fierce regionalism can come across as selfish and isolated. Regardless, the Stadholders have been waiting for this matchup with the Catholics for weeks. A risky pick for Sunday, as the Huguenots have the pedigree of a racing horse, but they might be worth a look.

TE: King Henri IV, France (9 Points): A tried and true tight end, Henri is a veteran's choice. Born Catholic, but raised Protestant, Henri knows "both sides" and knows how to exploit them! Look for Henri to catch short passes from the QB and turn them into big gains. Arrogant, hypersexual, aggressive, and a bit of a diva...he deserves all the attention he gets!

TE: The Anabaptists (7 Points): A hard choice, one that can pay off ten fold. The Anabaptists have been known to sit on the bench...by themselves...slowly reciting plays over and over again...yet they've had huge breakout games as of late. Some are peaceful, some are violent. It's a coin flip. If you choose to start the Peasants, start the Anabaptists, too. They seem to go well, together!

DEF: "Faith Alone, Grace Alone" (5 Points): A strong defense for almost every argument, the Protestant's "Faith Alone, Grace Alone" has won many games for the Protestants. But is it getting to old? Luther, Zwingli and others love it, yet the Anabaptists and some of the Peasants have been grumbling that it's not as strong as it used to be. For veteran leadership, go for the "tried and true" with "FAGA".

DEF: Literacy (6 Points): A relative newcomer to the Protestants, Literacy has really impressed as of late. Silent, unassuming, and pretty dull, the power of Literacy is seen in its explosion of intellect. Some expect Literacy to breakout hard against the Catholics on Sunday. Yet others think that the Catholics have their number with their own "secret weapon" of Fear. Literacy is strong, has lighting-hot potential, and will most likely run (insert prepositional phrase here...) the Catholics, but Fear will be ready and willing on the opposing side! 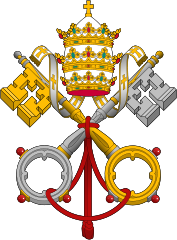 QB: Ignatius Loyola (23 Points): We love Ignatius for Sunday. Trained as a Spanish solider, he decommitted from the University of Killing People and enrolled at Spiritual Academy. Every day, Loyola studies his "Spiritual Exercises" book which keeps him both physically and spiritually fit. His fellow Jesuits are "professional Christians" - a welcome relief to the luke-warm Catholic QB's of years past. Starting Loyola on Sunday is a no-brainer.

QB: Teresa of Avila (17 Points): A relative newcomer to the QB ranks, Teresa of Avila has surprised everyone coming out of the Christian combines. Firstly, she's a woman, but her pedigree from the Ursuline Nuns should assuage any doubts about her commitment to Christ. Teresa is spiritually...and literally...married to the Spirit and her adherence to Scripture makes her a perfect "dark horse" for the QB. Is Loyola "too obvious" of a "start" for Sunday...so much so that the Protestants have been preparing for him the entire week? Maybe a start for Avila is the right move.

RB: The Papal Army (12 Points): Yes, the Pope does have an army. And yes, they play smash-mouth football. The Papal Army has been known to break some noses, in the name of Christ. But their reputation precedes them, and many of the Protestants might be ready for them this Sunday. Regardless, the Papal Army always shows up strong and has a long history of destroying opponents. Maybe they're getting a bit too soft (...they do live a glorious lifestyle...), but don't double-cross these guys!

RB: Emperor Charles V, Holy Roman Empire (20 Points): Perhaps the most powerful running back in the League, Charles has been carrying the load of Christianity for many years now. Anyone who has to memorize this many plays and keep this many people in line...he's a veteran's guy for sure. Most Fantasy players start Charles every week, but Scouting Reports indicate that Charles might be losing his grip on his field of vision. Too much responsibility? Too much in-fighting in his "empire" of running back corps? Remains to be seen. But Charles is always a good start on any given Sunday.

WR: The Jesuits (16 Points): We love the Jesuits. They follow, and work well with, Ignatius Loyola. So, if you're starting Iggy, start the Jesuits as well: just as "spiritually fit" as he is, starting the Jesuits is like starting a bunch of Iggies! Recently, as we've suspected, the Jesuits have really drunk the Catholic Kool Aid and are readier than ever to defend the Papal Seal. We like the Jesuits on Sunday.

WR: "The Holy See" (12 Points): We're still not sure about the "Holy Office". Big and powerful, yet manipulative and over-reaching, the "Holy See" can sneak into the backfield without anyone knowing. If you start Loyola, his arm strength will get the Holy See the ball, but Teresa of Avila seems to work better with these guys. Perhaps Iggy's jealous of their power? Who knows. Regardless, the "Holy See" is a powerful force: a bit suspect at times, but they get the job done!

TE: "Seven Sacraments" (5 Points): The Seven are only as good as their team: when the Catholics are doing well, the Seven perform incredibly. But don't look for leadership from them; in fact, they are "picked up" by the rest of the team, not the other way around. The Seven have a solid founding, do some great blocking for the QB and even catch a few passes, but again, it's all about the team! Feelin' good about the Catholics on Sunday? Then you HAVE TO start the Seven!

TE: "Strength In Numbers" (8 Points): Perhaps the greatest "secret weapon" of the Catholics, their sheer population is a dominant force. I mean, we're talking millions of Catholics! The Protestants can't match this force! However, the Numbers do get confused at time, often grow lazy and tired, and tend to "go through the motions" in regard to practice. However, with either Iggy or Teresa at the shotgun, the Numbers tend to respond quite well. Keep an eye out for any in-fighting between the Holy See and the Numbers; the two don't get along much!

DEF: Money (9 Points): What's better than having Money start on defense? Not much. Over the years, the Catholic's money has performed literal miracles? I mean, how else do you convince others of your power?! With Money! Money is recovering from a bit of an injury ("iconoclasm" and reassignment of church property has left Money a bit immobilized...) but he's still stronger than most. If money is the "universal lubricant", then look to Money to lubricate and dismantle the Protestant offense on Sunday.

DEF: Fear (12 Points): Perhaps the only things stronger than Love, Money, or Faith is Fear. And the Catholics were able to secure him about 1000 years ago under Emperor Constantine. Fear's greatest one-two punch is the combination of Excommunication and Hell, and despite any preparations that Protestant Coach Luther makes to address these issues, Fear still remains strong. If you're starting Numbers on Sunday, consider starting Fear as well. Cuz it's the one thing that rules people best: Fear.