Sachsenhausen (pronounced "sock-sen-house-en", meaning the "Houses of Saxony, Germany") was built in 1936, 12 miles north of Berlin, Germany, that served as the "model camp" for all other concentration and work camps of the Third Reich. For the next decade, it housed mainly "political prisoners" until 1945, and was then turned over to, and utilized by the Soviets, as a work and labor camp until the 1950s. If you examine the image below, you see a photo-composite of the original camp, juxtaposed with the Soviet one that bears the image of Vladimir Lenin. 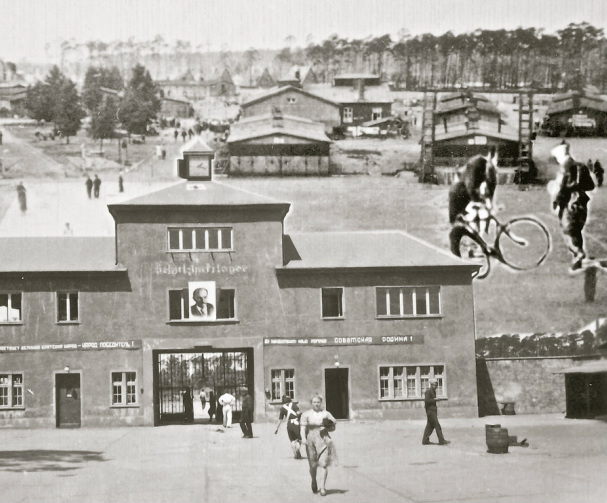 ***PLEASE NOTE THAT THIS WEBSITE WILL BE USING CASUAL, PASSIVE VOICE, INTENDED TO MIMIC A CONVERSATION BETWEEN A CAMP OFFICIAL AND A REPORTING OFFICER. PLEASE DO NOT TAKE OFFENSE OR UMBRAGE WITH THE RHETORIC. IT IS SIMPLY FOR THE ACTIVITY "EXPERIENCE". 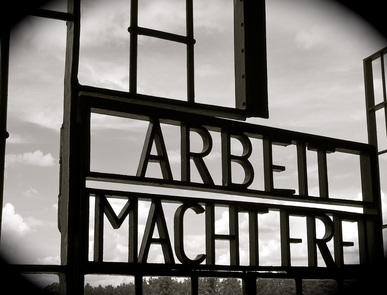