Assessing the Continued Relevance of the Fifteen (15) Major Cabinet Positions 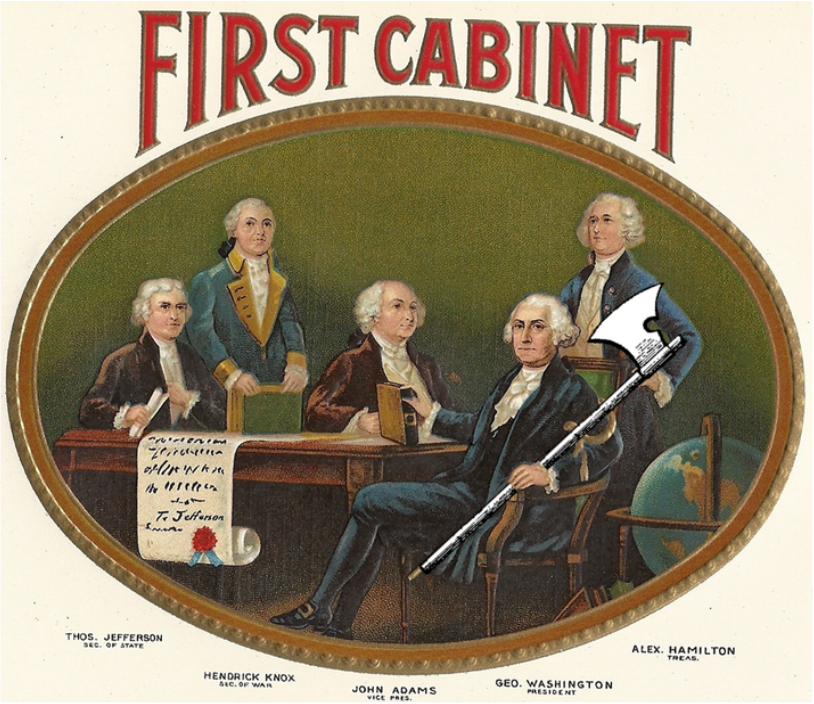 President Washington only chose (4) Cabinet members, and he "axed" the rest. Can you?
President George Washington chose four (4) Cabinet positions: Secretary of State, Secretary of War, Secretary of the Treasury, and the Vice President. He later added the Attorney General who served as the head of the Judicial Department and provided legal advice in times of conflict.

Part I: The Cabinet Positions

I don't need to lecture on these. Simply click here. You don't need to do anything extra special here; just read the information to get a general sense of

Certain words underlined and link to a simple definition of the word.

Ron Paul's plan to slash $1 trillion in federal spending begins and ends at the government bureaucracies he says are most responsible for the mess.

As part of his "Plan to Restore America" Plan, the Republican presidential candidate and congressman from Texas wants to cut out all foreign aid, end the wars in Afghanistan and Iraq, and eliminate five Cabinet-level departments."We are in the midst of the worst debt crisis ever in all of history, so I cannot see how we can get out of this by increasing the debt around the world," Paul said in a CNBC interview. "Nobody has proposed any cuts and I don't know how in the world you can get out of the problem of too much spending and too-big government by not cutting anything."

Specifically, he wants to eliminate the departments of Energy, Housing and Urban Development, Commerce, Interior and Education. Their elimination would slice about $179 billion from the federal budget and cut about 134,000 federal jobs.

While taking an ax to agencies that have become part of Washington's system of government may sound extreme to some, Paul said voters he has met on the campaign trail approve. "I get no grief over that," he said. "How does hiring a lot of bureaucrats in Washington and running a department up there make our system better? There's no indication it's happened. It's quite the opposite."

Part II: "Locked In the Cabinet" 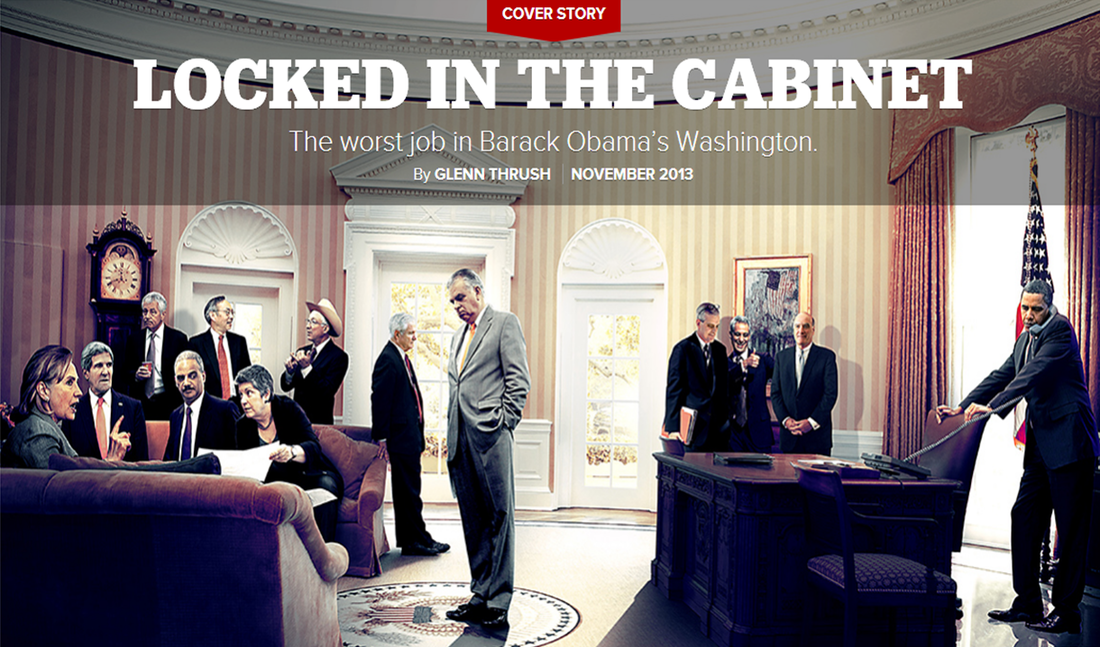 What's it like to be a Cabinet member? According to Glenn Thrush who wrote an essay for POLITICO.com (November 2003), the position of a Cabinet member has become forgettable at best. Why? Because presidents don't use them anymore! Furthermore, Vanity Fair Magazine published an article in 2012 entitled "Team of Mascots", detailing the facts that presidents say they want a Cabinet which will challenge, support, and help them, but in the end, rarely use them to their entirety. Read below a few excerpts from both of the articles and see if this, like the Ron Paul article, can convince you to cut some Cabinet positions.

Certain words ﻿underlined ﻿and link to a simple definition of the word.

Just four years ago, when it was clear that he would be the Democratic presidential nominee, Barack Obama famously declared that, if elected, he would want “a team of rivals” in his Cabinet, telling Joe Klein, of TIME Magazine, “I don’t want to have people who just agree with me. I want people who are continually pushing me out of my comfort zone.”

However, it's plain to see that Obama relates to his Cabinet the way he relates to the rest of the world. “He’s a total introvert,” a former adviser told me. “He doesn’t need people.”

The lingering public image of Cabinet meetings as the scene of important action is largely a myth. “They are not meetings where policy is determined or decisions are made,” the late Nicholas Katzenbach, who served Lyndon Johnson as attorney general, recalled in his biography.

The larger truth is that modern presidents, with a few exceptions, don’t need, and don’t use, Cabinet members as private advisers on the most important questions. They have other people for that. The Cabinet these days amounts to a kind of demographically balanced assembly of team mascots, with increasingly ill-defined roles. 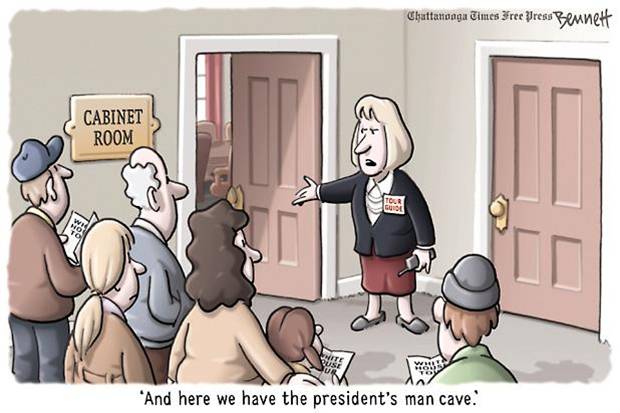 Every year, the Executive Department requests funding from Congress for the budgets of the (15) Departments. Below is a pie chart of the budget breakdown in billions of dollars ($).
Perhaps not surprising is that the Defense Department receives over half of all Department funding. Over 800,000 civilian employees (military personnel are NOT included) receive paychecks from this department (as opposed to the 4,000 or so from the Department of Education), with salaries ranging from $50,000 to well over $100,000, so you can see why that Department's funding is so large!

So...here's what you need to do: cut some departments! But, which ones? And how much? Well, that's up to you! In order to make this activity simpler, you will cut WHOLE departments, and not sections of departments. In his plan, Ron Paul proposes to cut (5) departments and return their "powers" back to the states. So, in essence, there wouldn't be a national Department of Education, but rather, each state would be in charge of its own education system.

And that's what you'll have to do: