When the Berlin Wall fell in November 1989, the world watched as the "Us vs. Them" of the past 40 years of Cold War fears fell with it. Communism was dead, and Europe was wholly democratic.

But what changed as a result of "unification"? Is East Germany still struggling with the residue of communism? 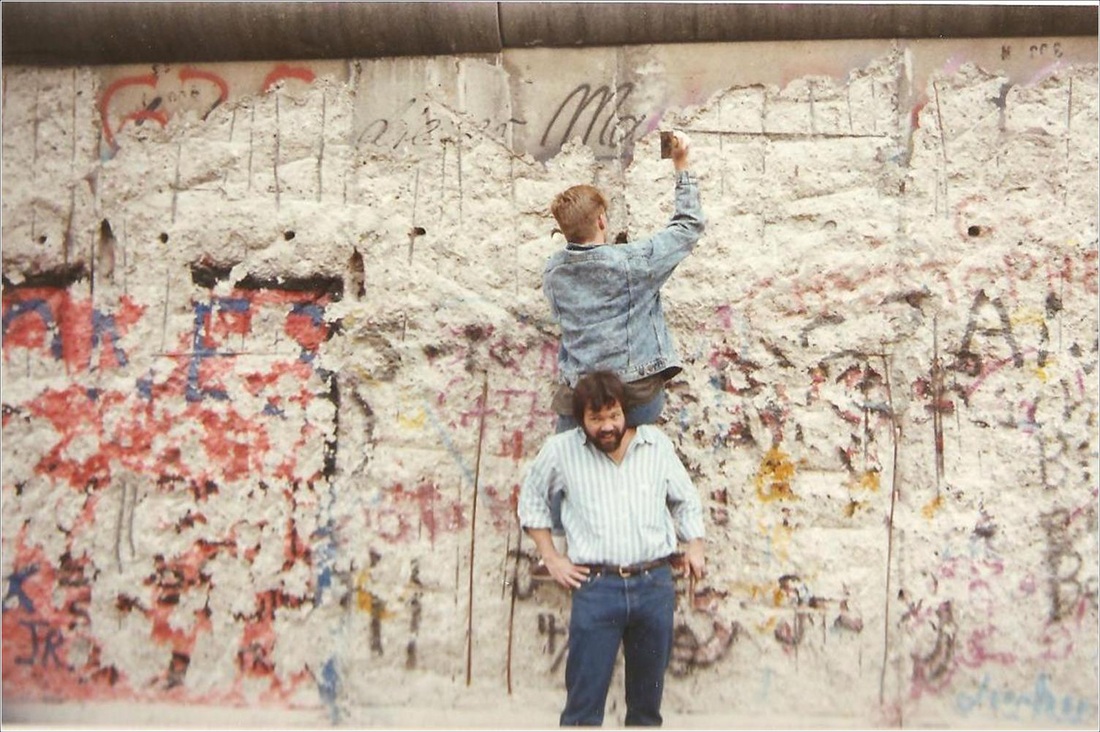 West Berliners chip away at the Wall in 1989.
1.     Le'ts start with a basic question: What are the psychological effects of having a wall divide "us from them"? How do you feel if you're a "them"? 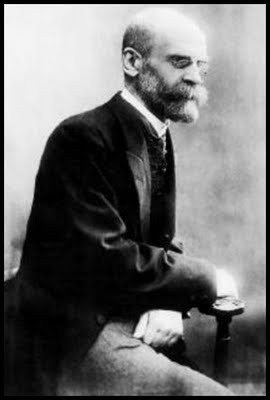 Emile Durkheim, the famed "Founder of Sociology" once said, “Punishment in modern society becomes typically a deprivation of liberty.”

2.     In what ways does our modern society create "punishment" by forcing a "lack of liberty" on certain people? 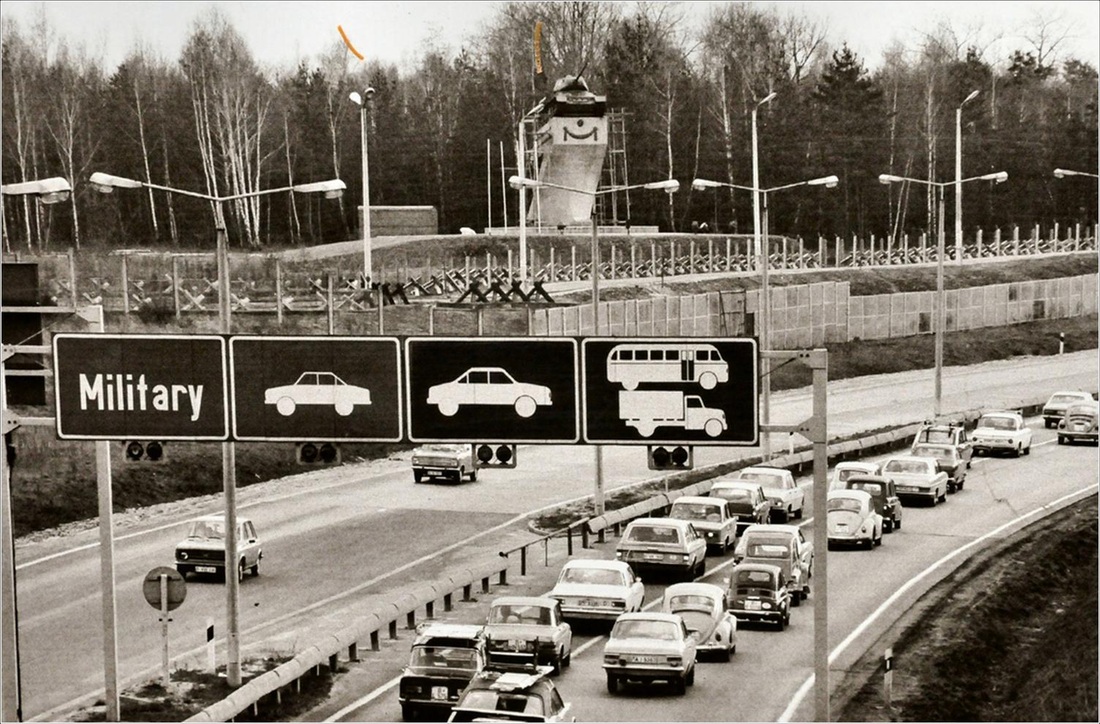 3.     The cars on the right are going INTO West Germany. Obviously, security is tighter at the West German gate, resulting in quite the traffic jam. Does this picture remind you of any present-day issues in the United States?

Examine the maps below that show communism before and after the "Fall". Communism is shown in red.

6.   To smaller countries like Bosnia and Macedonia, why would you be THRILLED to see communism fall? 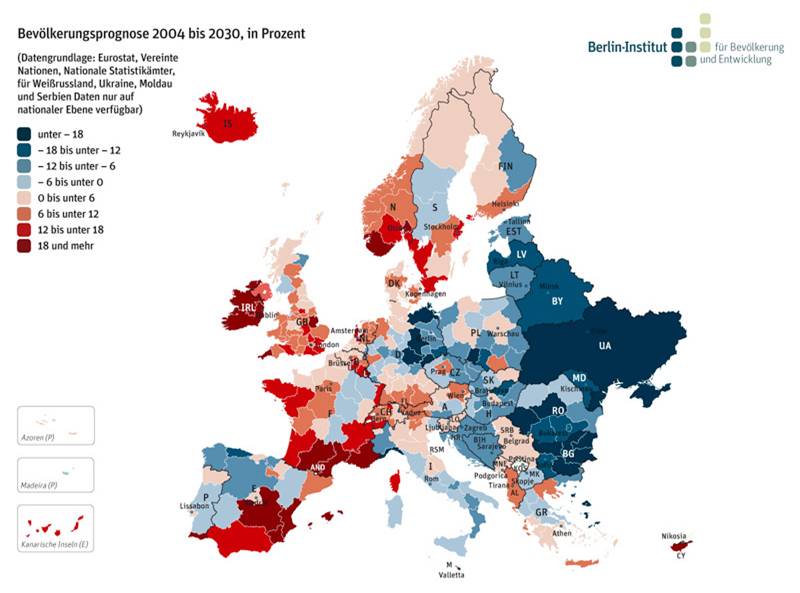 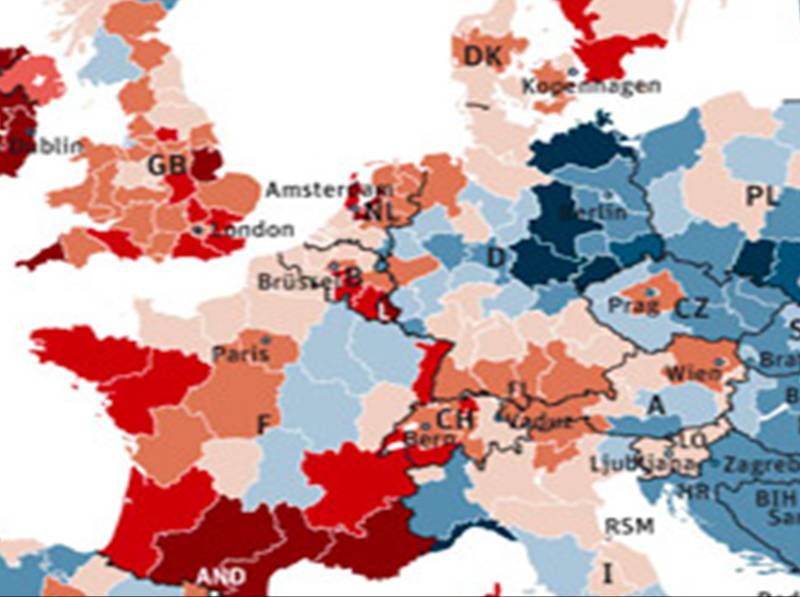 The map above shows migration (movement) of people, both with current data and projections for 2030. Yes, the graph is in German, but you can tell that the blue is negative growth and the red is positive growth. The second graph is of the German region zoomed in. 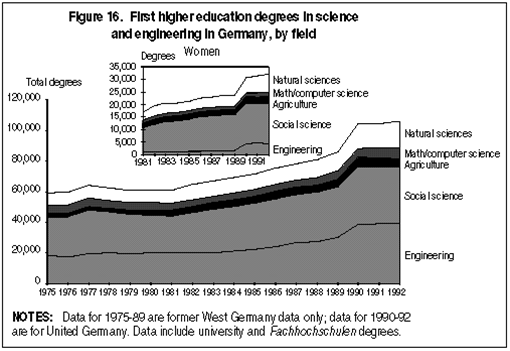 8.     The graph above shows degrees earned in higher education in West Germany up until 1989, and then in Germany "as a whole". Why did the number of degrees flat-line in 1990? (HINT: Why does anyone go to college in the first place? Wonder if someone told you you DIDN'T have to go to college in order to get a better job. Would you still go?) 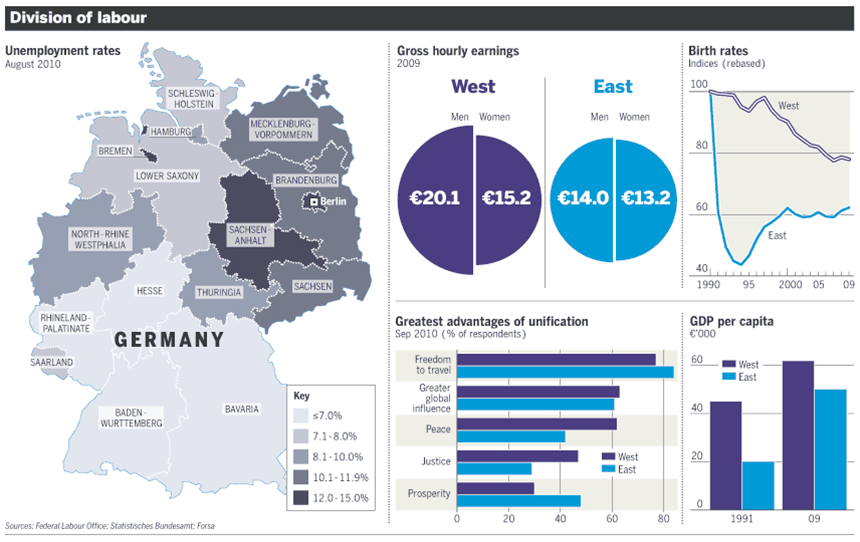 9.     Lastly, examine graph above based on 2009 data of the "Eastern and Western regions" of Germany, now unified, 20 years later. What main conclusions can you draw? (You can click on it to make it larger. The € symbol in the pie charts is the symbol for the European currency called the Euro. ) 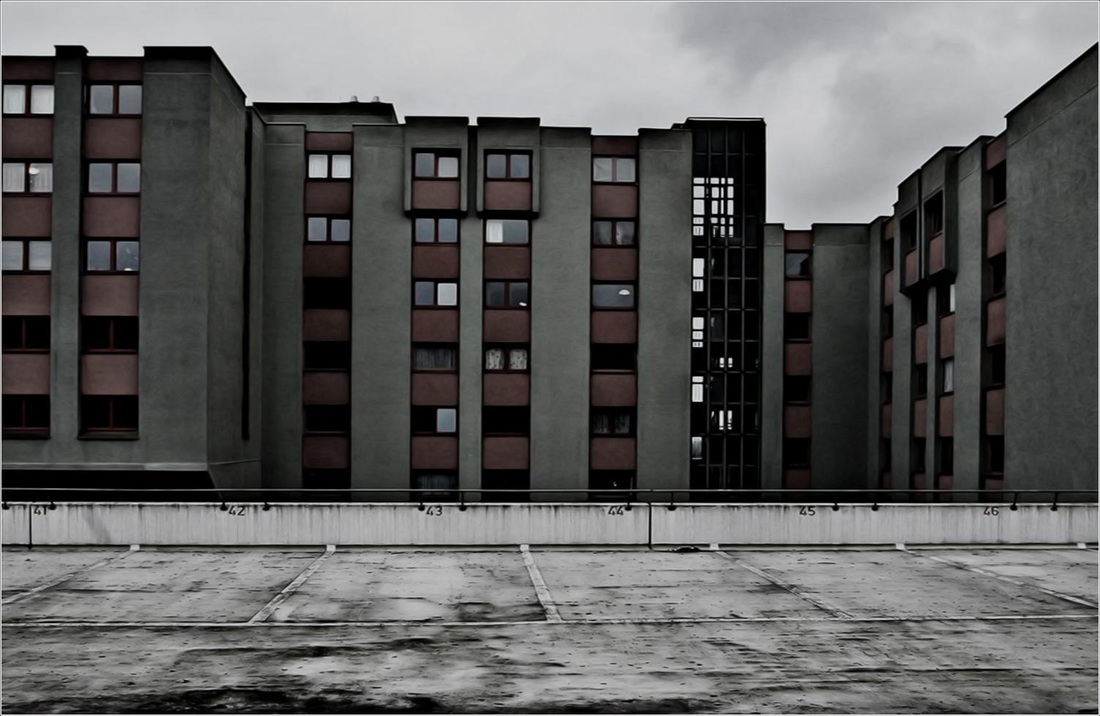 10.     Apartment buildings like these in East Germany are still a symbol of the lifeless nature of communism now past. As a CONCLUSION, answer the following question:

20 years after the fall of the Berlin Wall (and the fall of communism), how is communism still a part of life in Eastern Germany? Think of all the stuff you've learned in order to answer the question correctly...