NOTE: If you need help matching the president to his political party,
look at the cartoons below! 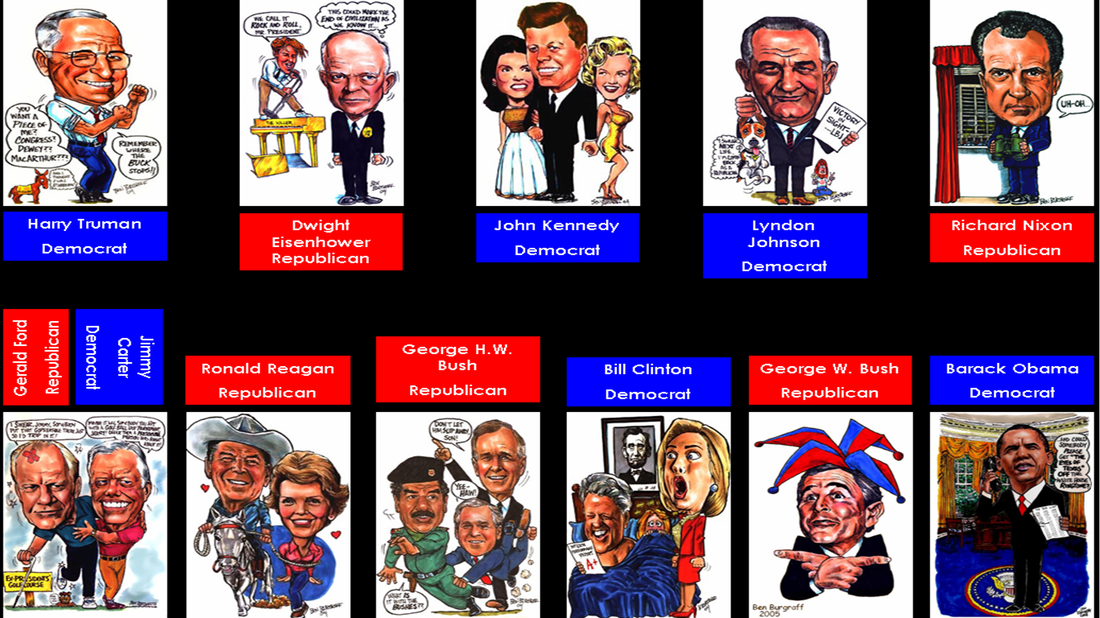 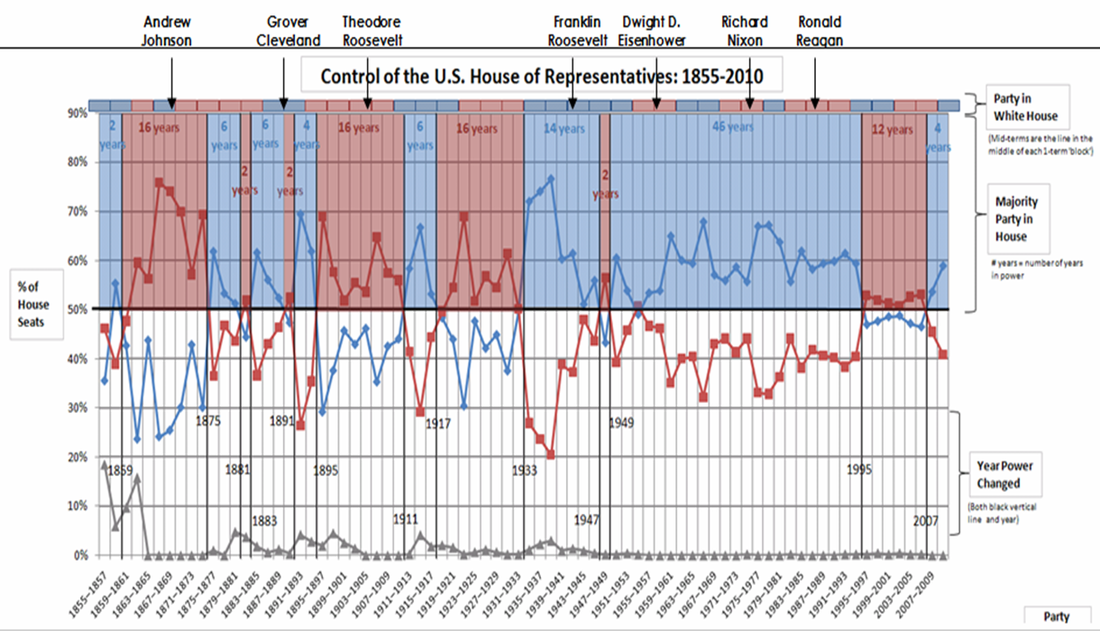 4.     Examine the second graph. Which president had the highest increase in approval    ratings?
5.     ANALYSIS: The Gallop Poll measures popular opinion about the president. But we’re discussing the President in Congress. From this poll, however, what can you conclude about that particular president and his relationship with Congress?

REPUBLICAN Presidents with approval by the DEMOCRATIC Party.

DEMOCRATIC Presidents with approval by the REPUBLICAN Party.
7.     Which president(s) had the highest approval ratings from his OPPOSING PARTY? Look at both graphs above. (REMEMBER: You want the disapproval line to go down and the approval line for whichever party to go up. So...HINT: Find the presidents where the two lines are "closest together"...)

8.     ANALYSIS: This might seem like a trivial question, but it’s not: What does your answer to Question #7 say about that president and his relationship with Congress? 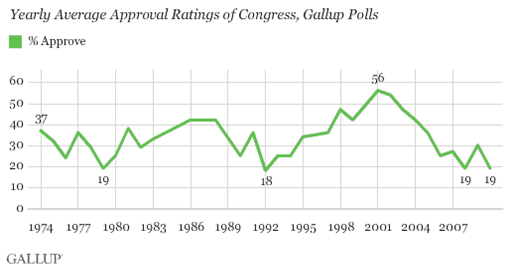 9.     Examine the sixth graph. In what years was Congressional approval at its highest? at its lowest? Which president(s) were in power at the time?