Has the United States Killed Civilians
​During War?

In a word, yes. It happens all the time. Since 2004, drone strikes have killed an estimated 3,341 people in Pakistan. A "drone" is a "robotic plane" (with no pilot or human brain) that can drop bombs from great distances. They're called "drones" because they don't have a "brain"; they do the work of someone who's back at base, pushing some buttons. 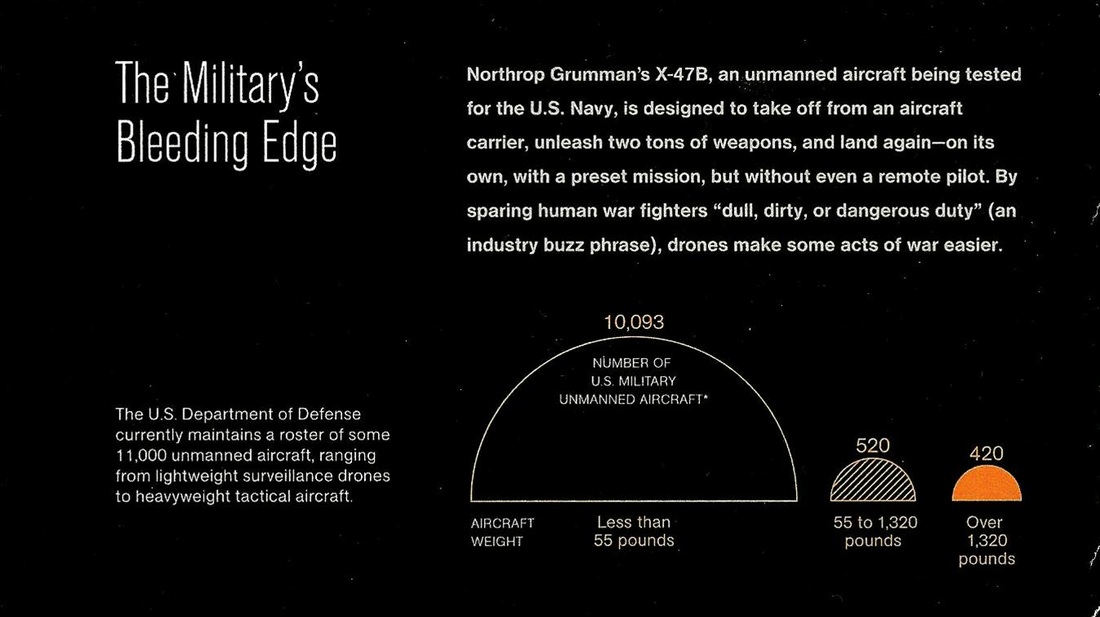 As you can see, most drones do NOT have the weight capacity to drop bombs. Most drones are used for surveillance and "picture taking". But the 420 drones that weigh over 1300 pounds are "fully equipped" to carry out assaults, and death.

But civilians do die during drone strikes. Click on the image above to make it bigger. You can see that since 2004, only 52 "high profile" (terrorists) have been killed, compared to 190 children and 534 civilians.

Why do we use drones? The justification for using drones to take out enemy targets is appealing because it removes the risk of losing American military, it's much cheaper than deploying soldiers, it's politically much easier to maneuver (i.e. flying a drone within Pakistan vs. sending troops). But, does it keep the world in the dark about what is actually happening? It takes the conflict out of sight, out of mind. The success rate is extremely low and the cost on civilian lives and the general well-being of the population is very high. I don't mean to speak for or against, but to inform and to allow you to see for yourself whether you can support drone usage or not.
Are you glad you know that now? Does that make you a better American citizen? Or, are you just gonna forget it about it tomorrow?