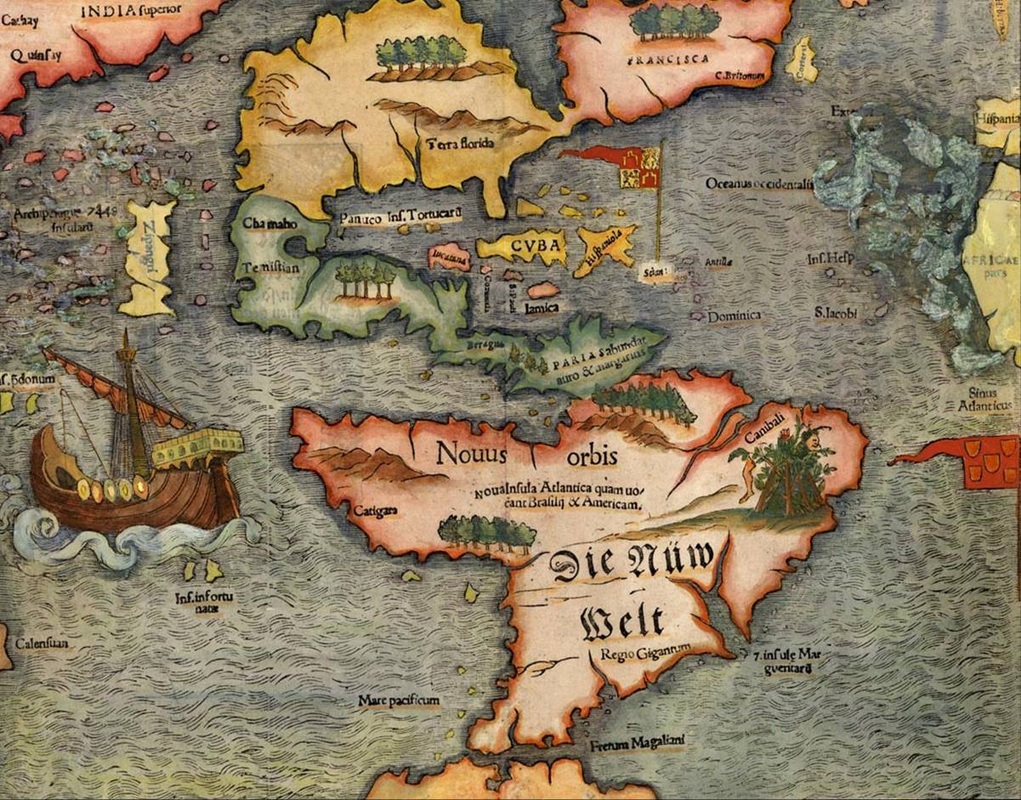 Welcome to our world! Let us introduce ourselves. We're the Spanish and the Portuguese, or, as the Europeans call us, the Iberians. You can say that we were the first to travel, and to travel well. Before we discuss our claimings, let's talk about our motives. We've compiled some images of our motives below:
In summary, our motives were three fold: Legend, Land, and Lord.

In regards to Legend, we Spaniards and Portuguese seem to be motivated by the stories of Italian explorer Marco Polo. We've even heard that some of Columbus' sailors carried the books of Marco Polo with them on their journeys! I mean, just look at the statue of Columbus in Barcelona, Spain. You're telling me this man didn't envision fame and legend? 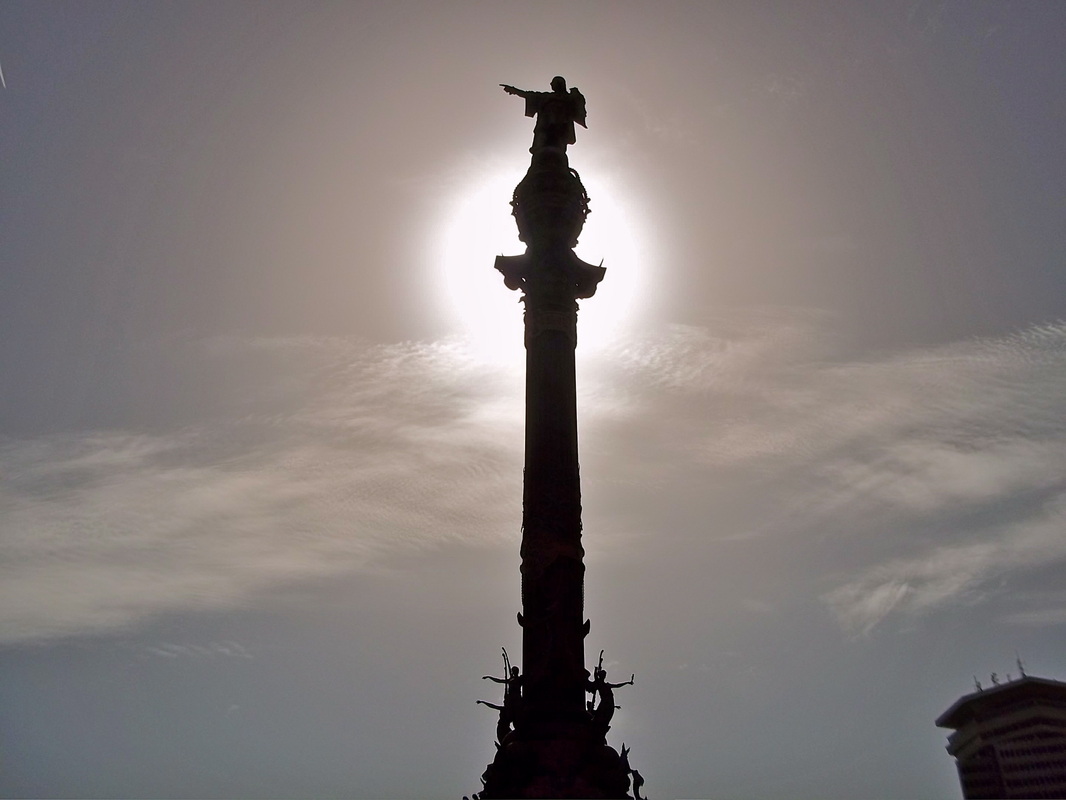 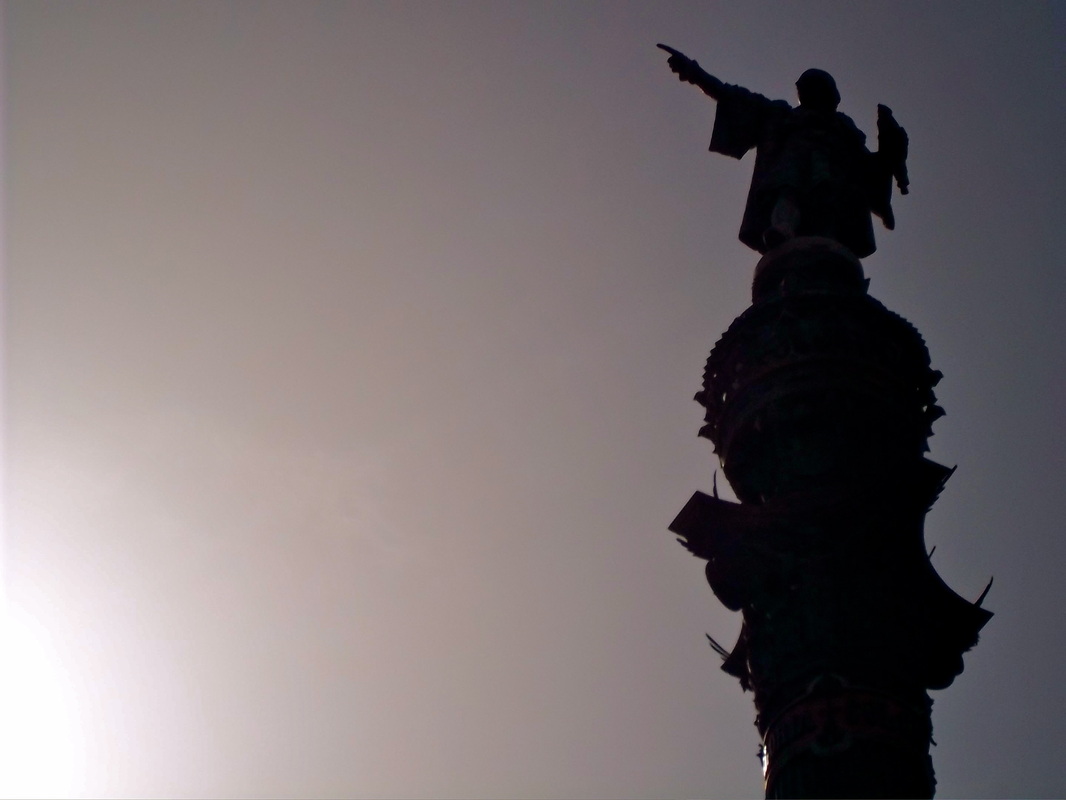 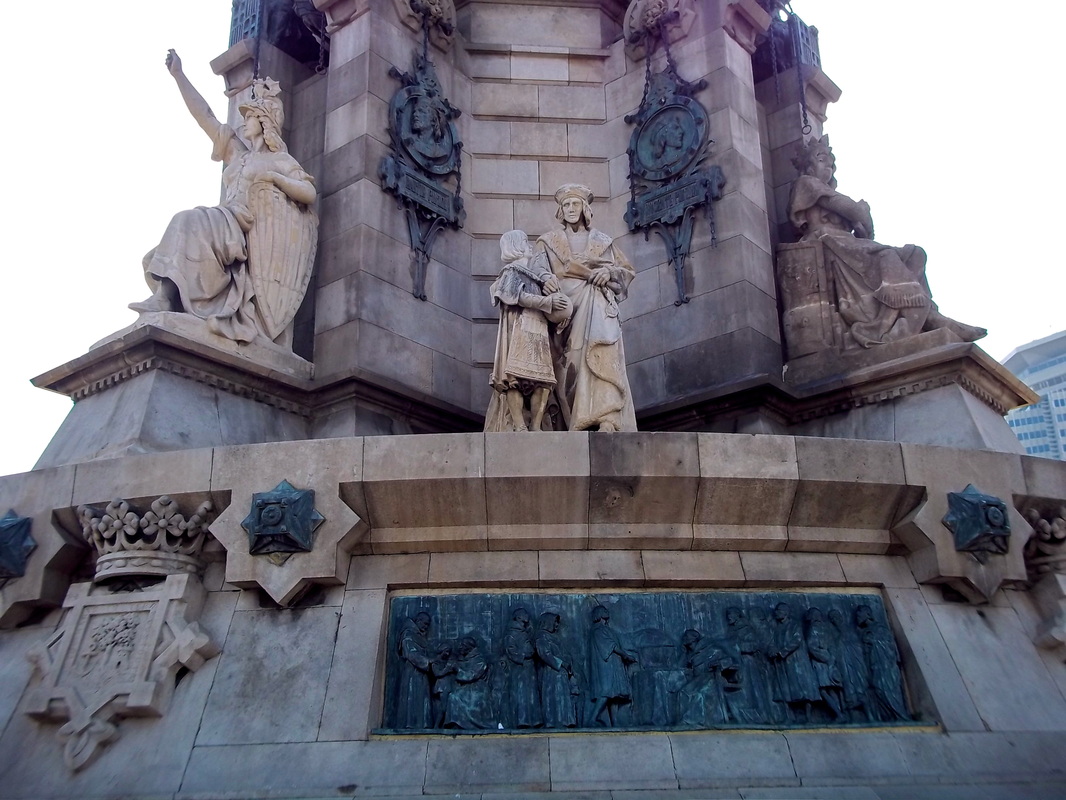 In regards to Land, initially, it was the Portuguese who traveled around the Cape of Africa and into the Indies; it's arguable that they traveled farther than any "white" Europeans in history! Some say these journeys were for riches, but in many ways, it was for cartographic motives: map-making and landmark claiming. 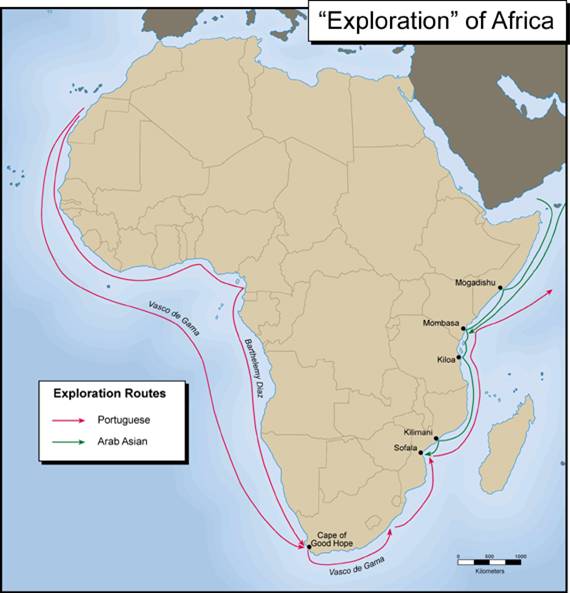 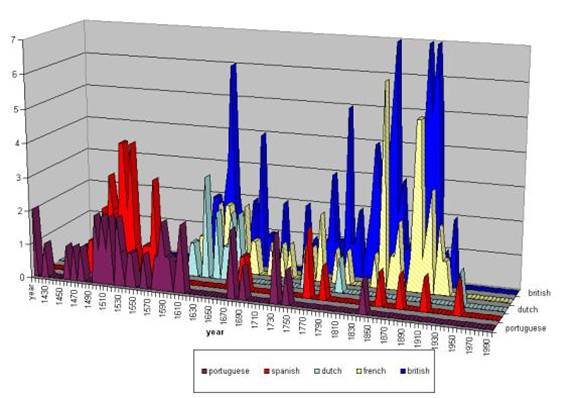 If you examine the maps below, you can see that the Spanish would take control of almost the entire Western Hemisphere. The Portuguese? They were masters of the sea, but as you can see, besides Brazil, they were more concerned with seaports and maritime dominance, not colonies. And that's why they'd fizzle out very quickly...

The Extent of the Spanish Empire

The Extent of the Portuguese Empire 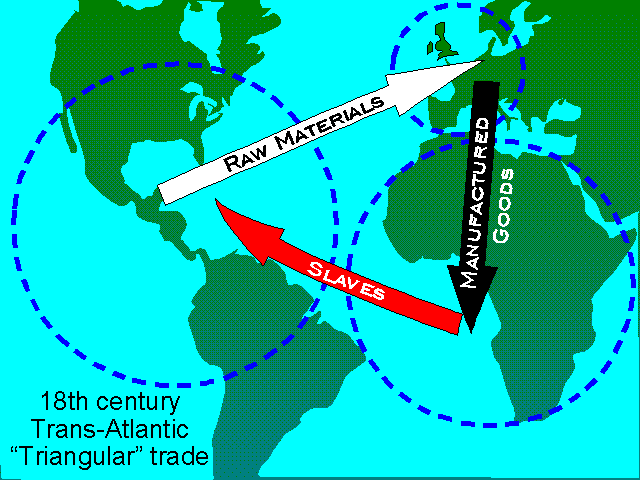 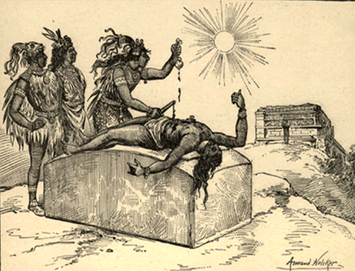 But we want to go back to "why". Yes, we're using natives for our benefit. Yes, we're taking their land and resources. But it's in the Lord's best interest! I mean, look at them! They participate in human sacrifice! They don't know how to use the land properly! Heck, they're sitting on piles of silver and gold, and don't know it! So, as good Christians, it's our responsibility to show them! 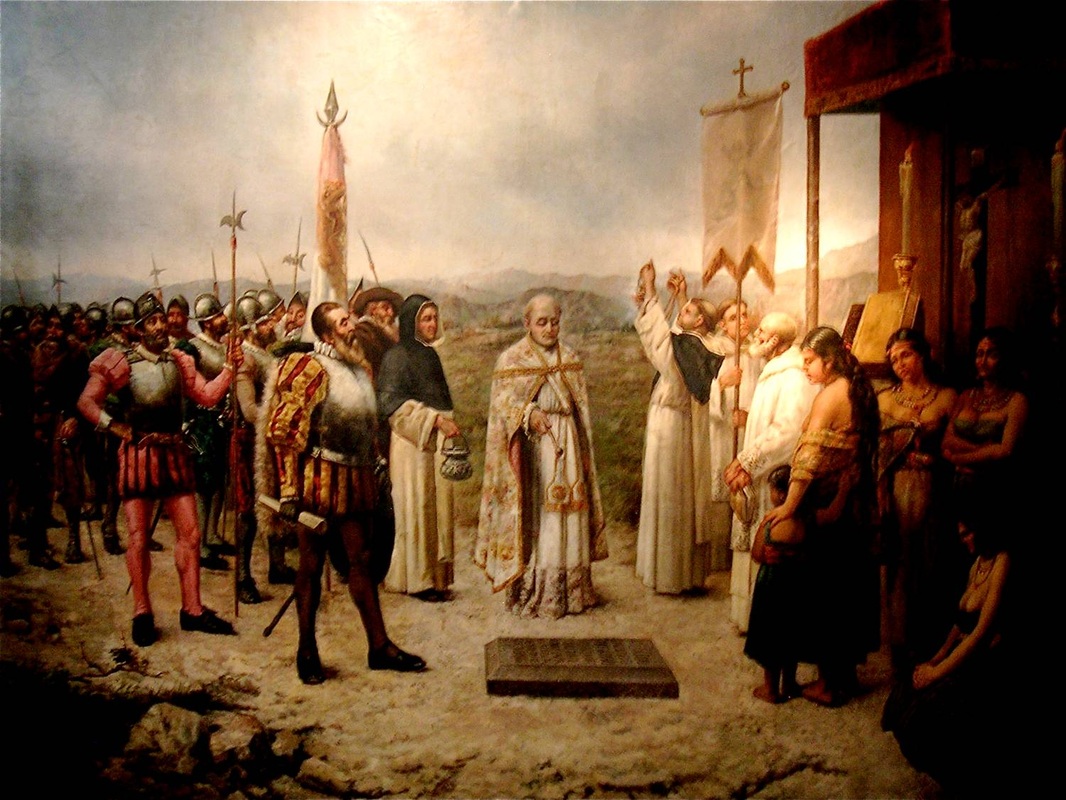 And we were quite effective in our Christianization. Look! We even inspired "Last Supper" paintings, featuring a "darker-skinned" Jesus, sitting down with his Disciples, eating cuy! What is "cuy"? In Peru, it's a delicacy...guinea pig. But look! They adopted our Jesus and our Last Supper! 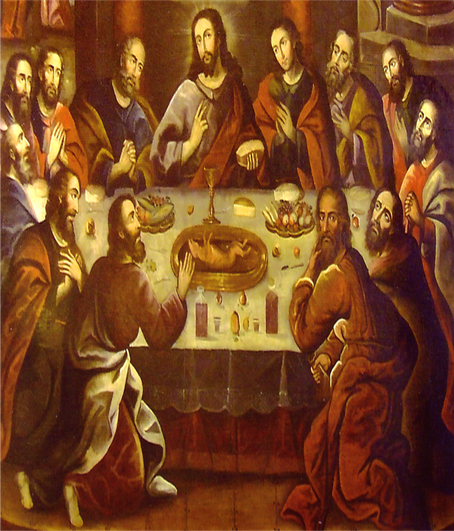 So, as far as we, the Spanish and the Portuguese are concerned, we can enthusiastically check off our expansionist accomplishments in the area of Legend, Land, and Lord...