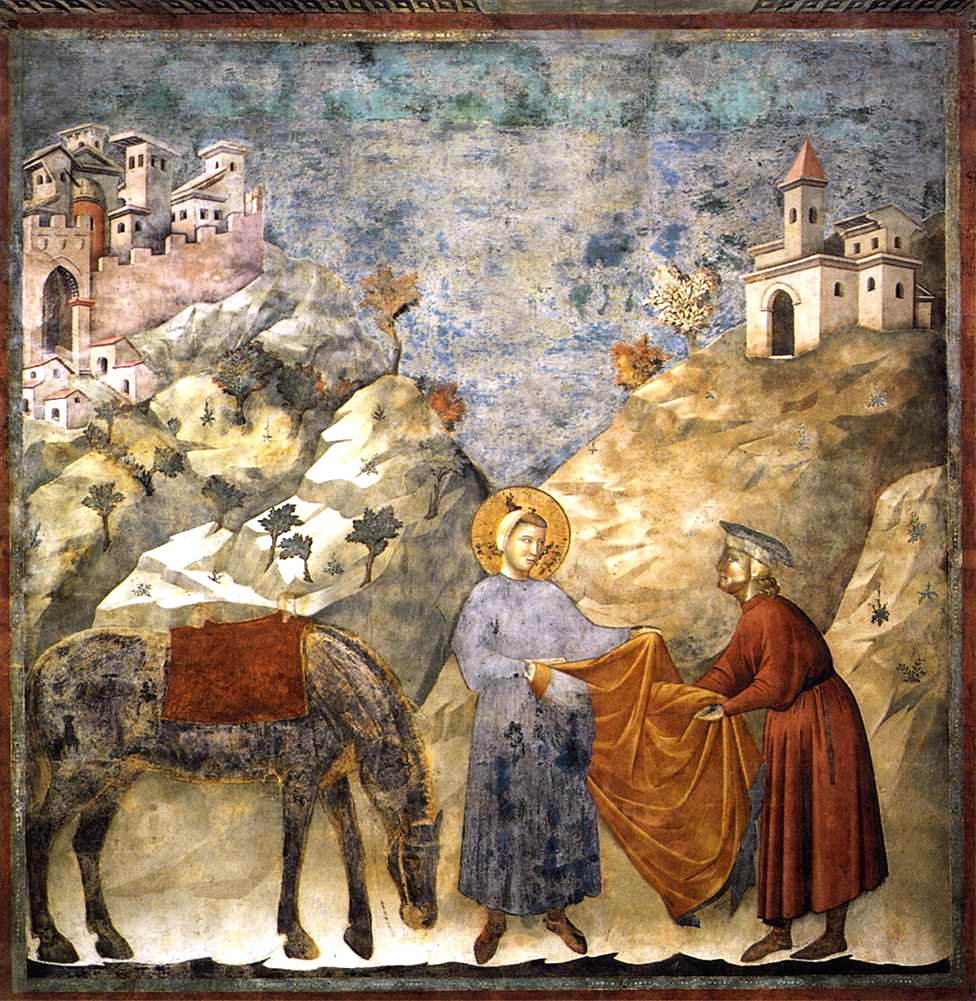 St. Francis Giving his Mantle to a Poor Man, 1297-1299
As mentioned before, I became famous for my ability to show 3-dimensions on a 2-dimensional surface. Judged by modern standards, yes, it might not be that great, but you have to start somewhere! Here are a few "artistic techniques" I gave to the world: 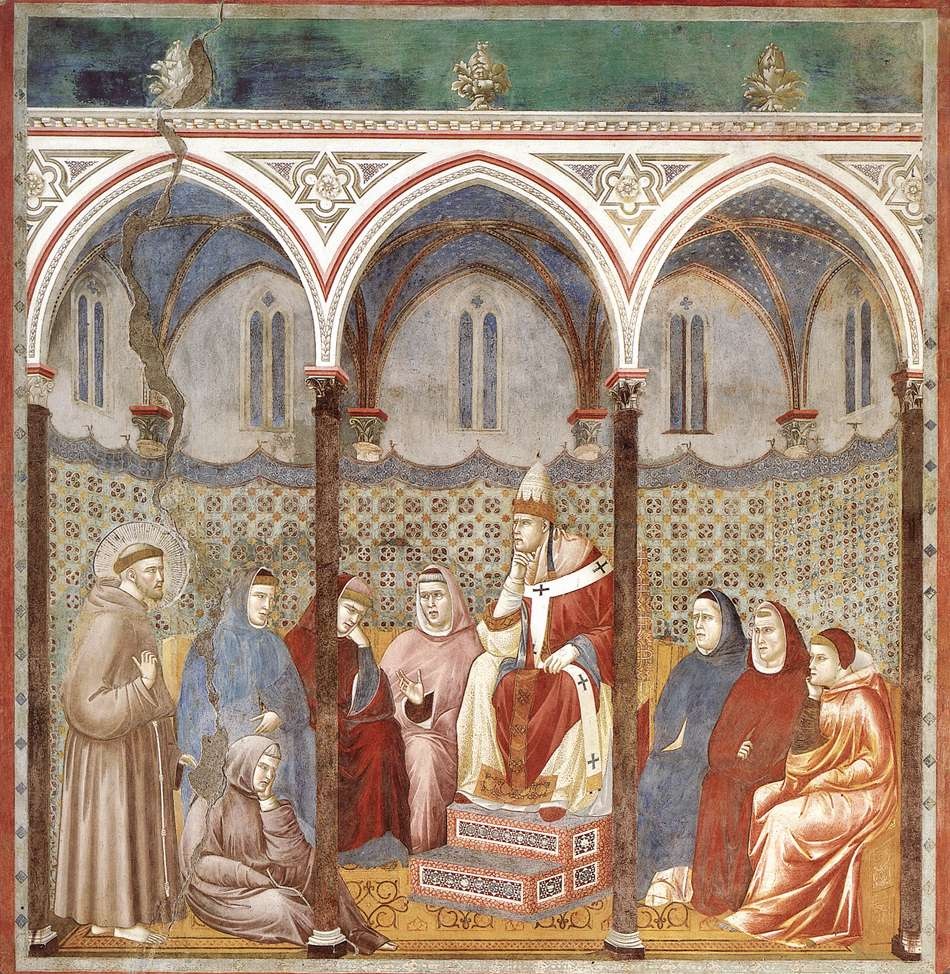 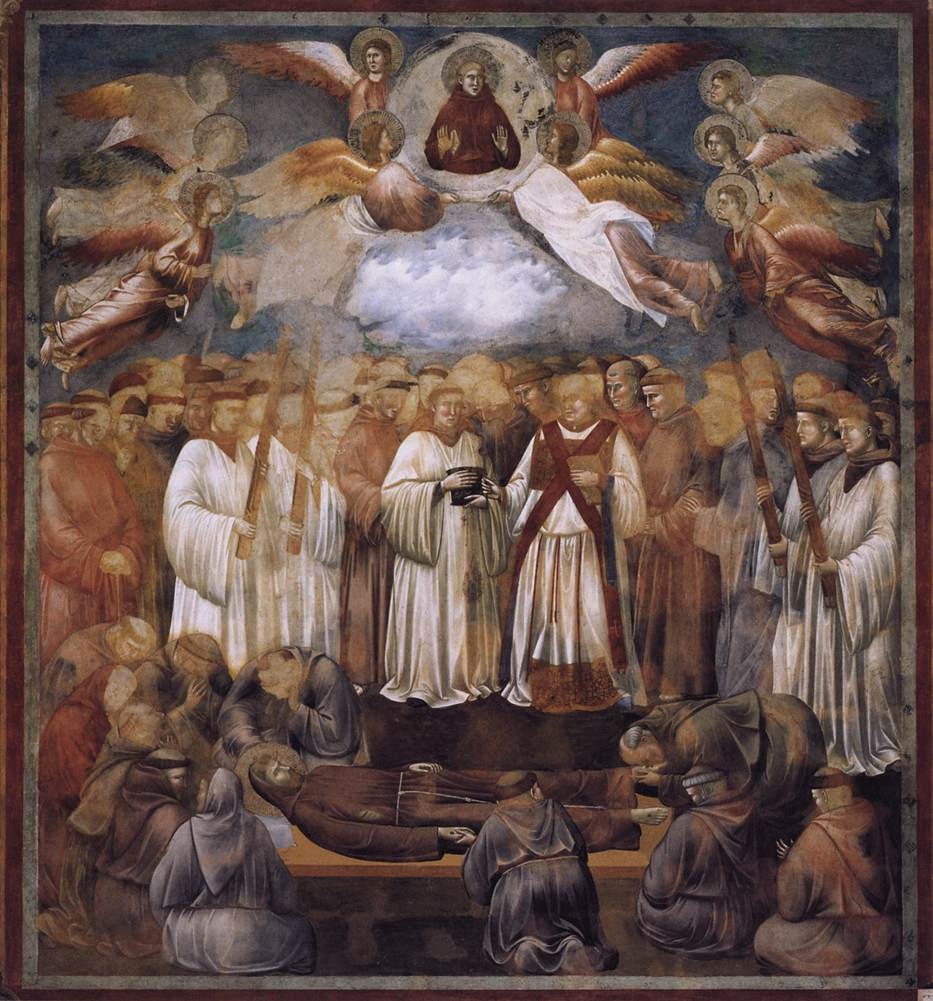 Death and Ascension of St. Francis, 1300

The point of using a "vanishing point" is to show perspective, yes, but also to tell your eyes where to look, in this case, on Heaven and Christ! 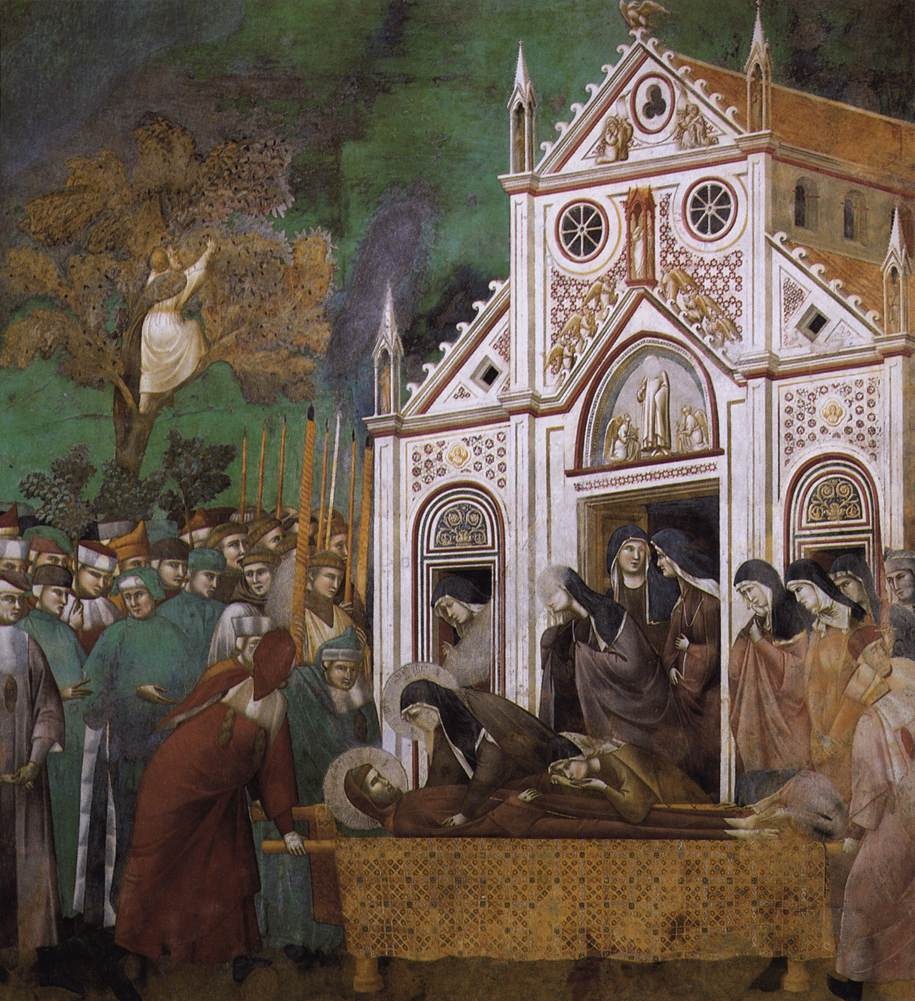 Put simply, "contrast" is the "balance" of light and dark. But it's much more than that: 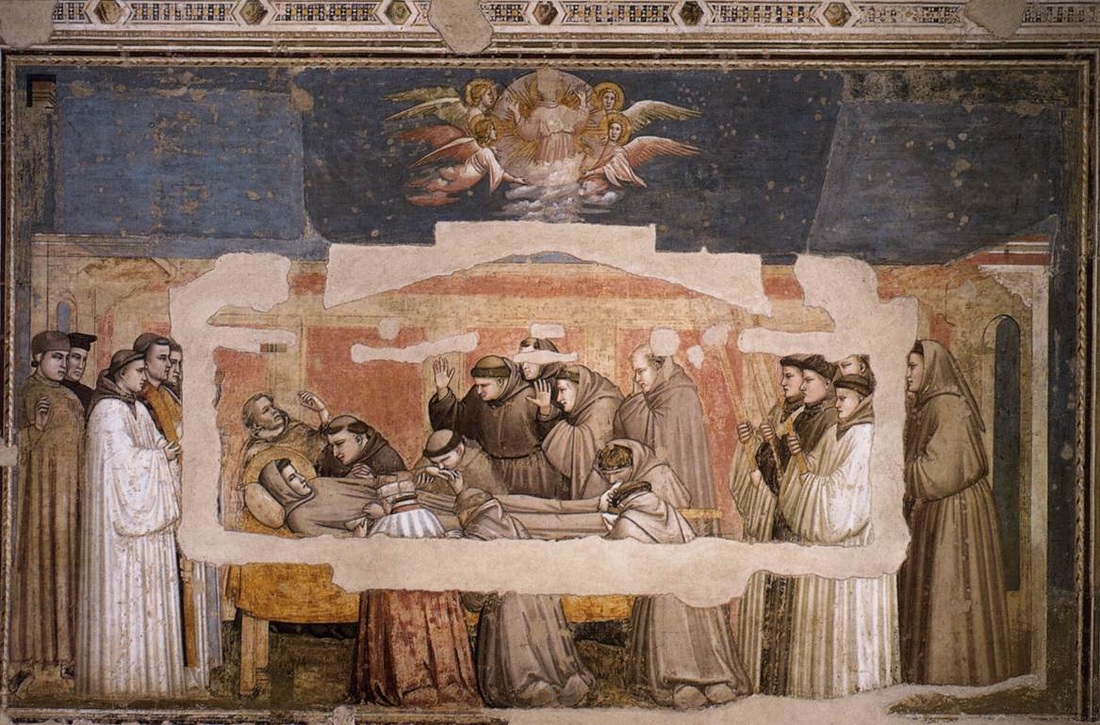 Again, I want to restate: to the untrained eye, my artistic techniques may appear pedestrian, but you have to look further. Have you ever heard of William Dawes? He was the one who actually rode further and into riskier territory than Paul Revere, though Revere is remembered for alerting the Bostonians that the British were coming. Have you ever heard of Michael Collins? He was the one in the space pod that orbited the Moon while Neil Armstrong and Buzz Aldren hopped around on the lunar surface. Without Collins to pick them up, we would never have celebrated "one giant step for mankind"!

You have to know your history: without me, quite frankly, there is no Michelangelo, no Raphael, no Caravaggio. I gave rise to all of them, and truly, the Renaissance should thank me more!
I hope you enjoyed your time with me. Click on the link below to return to the "Leaders of Men" page.
"Leaders of Men" Home Page