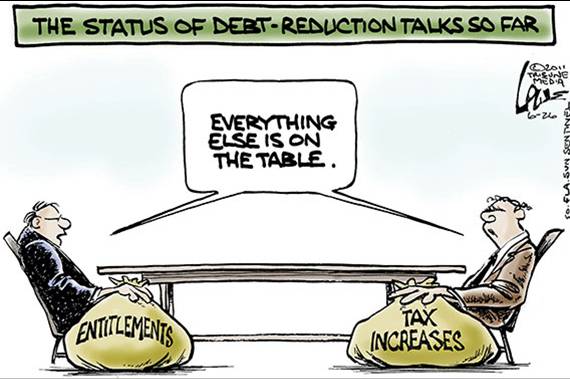 So far, we've seen that Social Security and government-funded health care add up to over 50% of the federal budget. And we know that the federal government get about 50-60% of its money from income taxes.

So...isn't it logical to say that we can solve this debt crisis by increasing taxes? But as the above cartoon suggests, that's "off the table". So let's take more of a look... 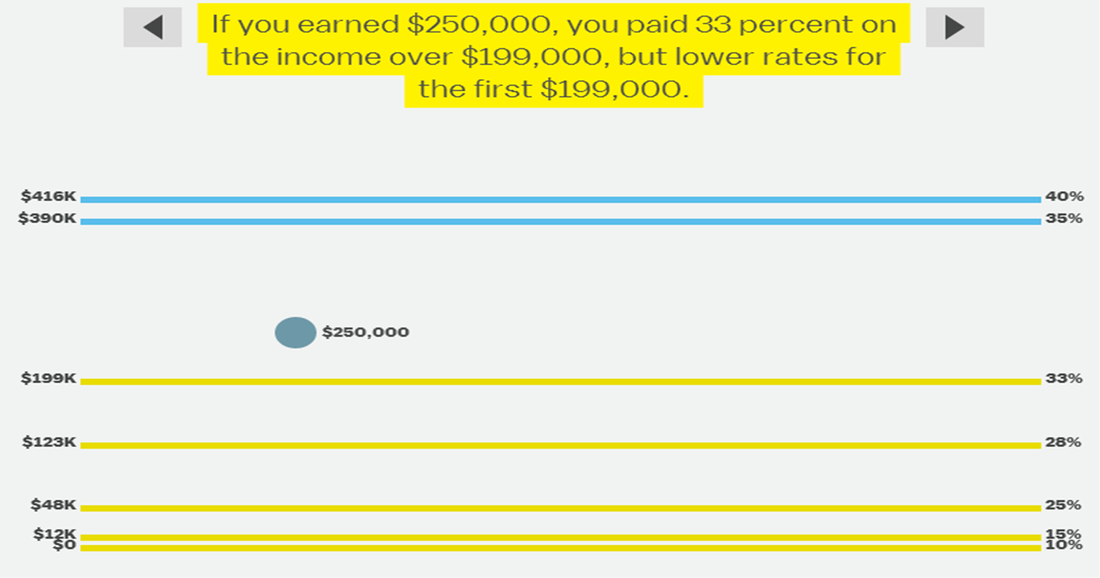 Taxes can seem quite confusing. But in a lot of ways, it's quite simple: depending on how much money you make, you pay a certain percentage (%) of that in taxes. Examine the graph above. As you can see, if you were to make ​$48,000 per year, about 25% of that goes to taxes. Go up, or down, the scale, and your tax rate increases or decreases. See that blue dot on the graph? It pays 33% in taxes, but if it were to rise over the $390,000, the tax rate would be 35%. It's not perfectly this simply, but this is still what's called a "progressive tax system"​.

Seems logical, and fair. The graph above is from 2013, and the amount of income taxed at certain rates tends to go up every year, but it's still a good place to start.

But the question is: Are these taxes enough​? ​
Taxes can be very confusing, but as you can see below, at least the tax brackets are easier. There was a time when we had 56 individual tax brackets, broken down by how much money you made. Since then, the government has streamlined it a bit. 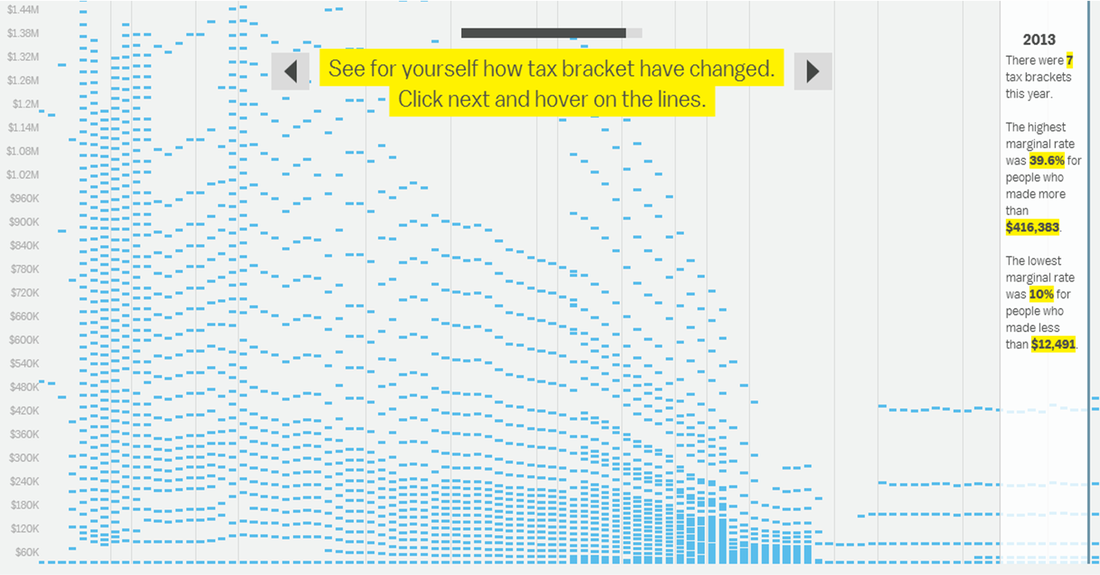 But the question remains: Is the government collecting enough taxes? Examine the graph below. You can see that, for the federal income: 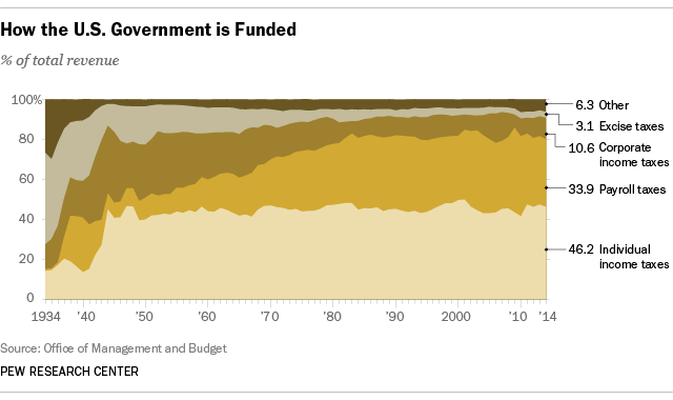 So...come up with a "solution" for our lack of income and explain it to me. Use the graph above. You can see that, historically, we have received different amounts of money from different sources. To fix our current problems, would you change any of these? Tweak them a bit? (HINT: Maybe you wanna take a look at the "other taxes" category?) Tell me what you'll do...and how you'll do it!