How the American Founders "Copied"
From the Best, and Got Away With It! 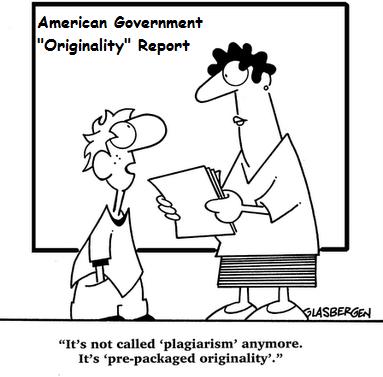 Call it "pre-packaged originality". I like that. They say that "imitation is the sincerest form of flattery", and if that's the case, then the American "Founders" flattered the heck out of the classic government documents, opinions, philosophers, and theories.

Essential Question: In what way is the "American blend of government" impacted by the Foundational theories of the past? How did we take them, and make them our own"? 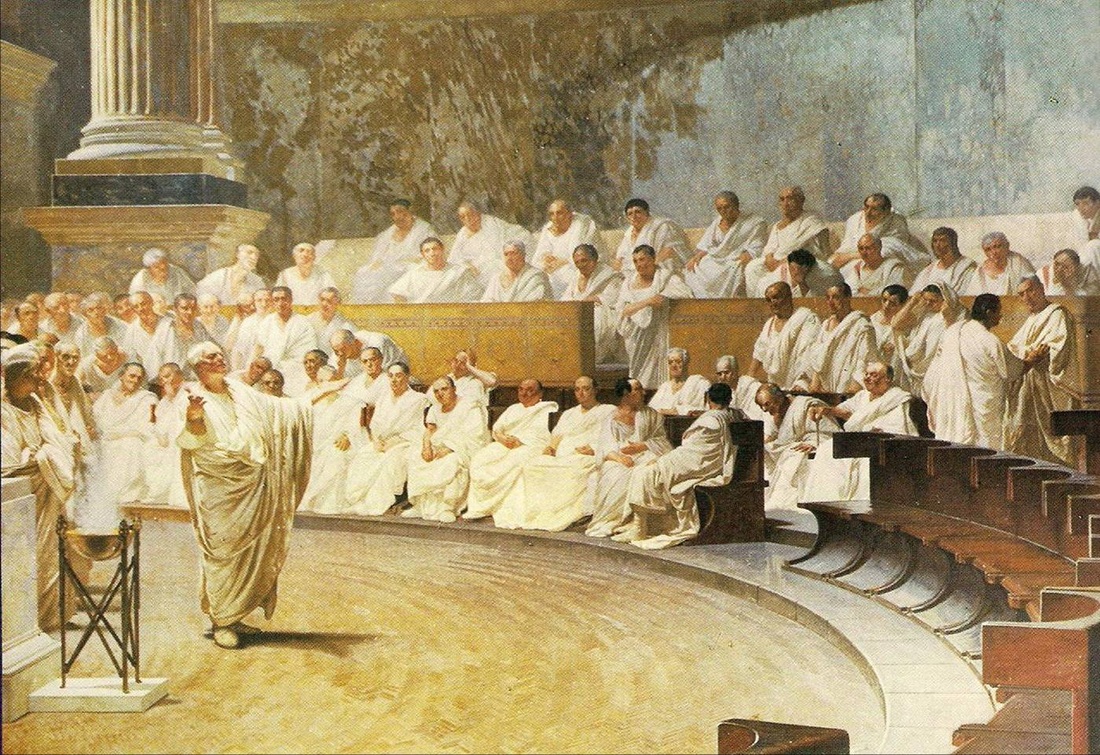 We've already seen how the Ancient Greek philosopher Plato contributed the foundational theories of "timocracies" and "oligarchies" to the American government. But would you guess that his personal "mentor" Aristotle would contribute government theories as well? Let's examine the perfect Aristotlian form of government. Examine the quote below: 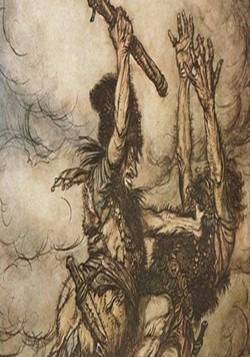 Basically, Thomas Hobbes envisioned society as the image on the right: "killed, or be killed". Sure looks like "slaughtering and banishing" to me! In fact, Hobbes spends a fair amount of time discussing the reasons why mankind fight with each other: 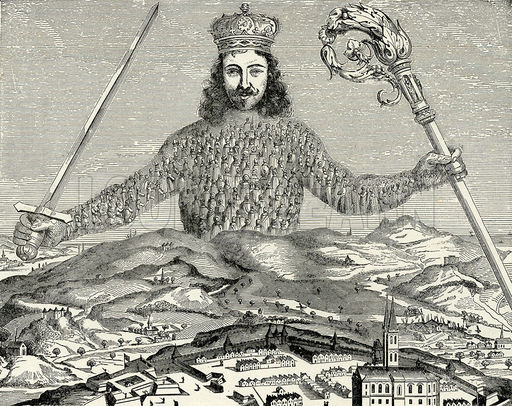 Hobbes' solution? Just look at the front cover of his book, The Leviathan. There he is! Bigger than life, and more powerful than any "little" man. Hobbes says that,

And no one wants to "kill, or be killed"! So, Hobbes states,

You might be asking yourself, "Great, everyone gives their rights to one man. Sounds like a dictator." And you'd be right. But Hobbes has something to say about that:


The next man, John Locke also has something to say about laws and order...

Firstly, Locke takes issue with the concept of a "monarch". He states, 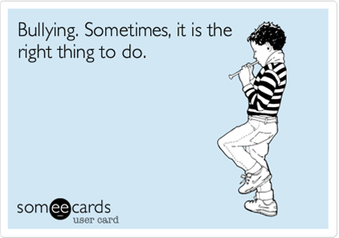 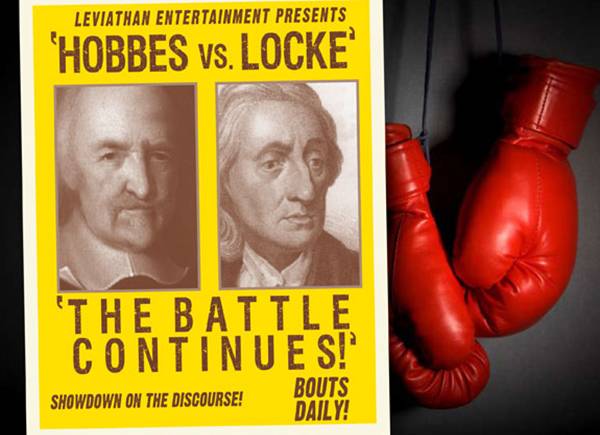 So...what have we just done? Well, we've seen how three (3) philosophers and their documents have essentially shaped the American government! 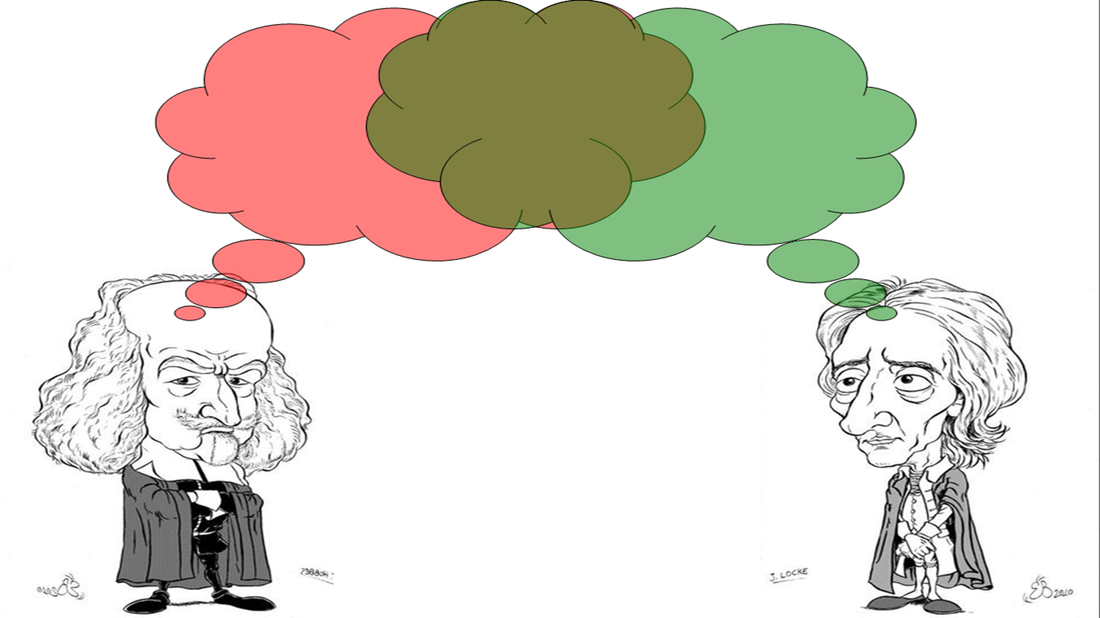