By now, you have a general understanding of some of thethemes of Renaissance art. But let's go deeper.
Below, there are 7 examples of art from the Renaissanceperiod. Examine the images and answer the corresponding questions. 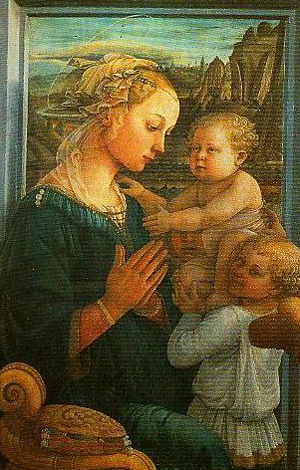 1.What's the first thing that pops out at you?

2.On what figure does your eye focus on? What parts of thepainting "point" to this figure?

3.What is the expression on the face of the angel in thebottom right?

4.ANALYSIS: Why is the angel in the bottom right looking at you? And not at someone else?

5.ANALYSIS: Does the baby (Jesus) look like a Holy King? Or like a little kid? Why do you think the painter chose to make him look "normal" and not "holy"? 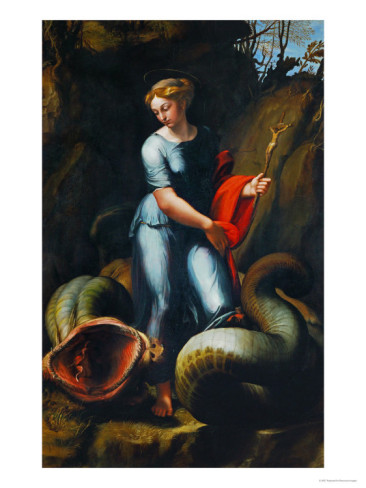 1.What's the first thing that pops out at you?

2.What does St. Margaret have in her left hand?

3.With that horrible thing at her feet, why don't you think she's scared? She looks almost calm!

4.ANALYSIS: Obviously, a disgusting picture. But examine it closely. According to the story, St. Margaret is thrown into a pit for being a Christian. She faces the Devil (the snake), but fights it off with the help of Jesus Christ. Why would Raphael choose to paint this story? 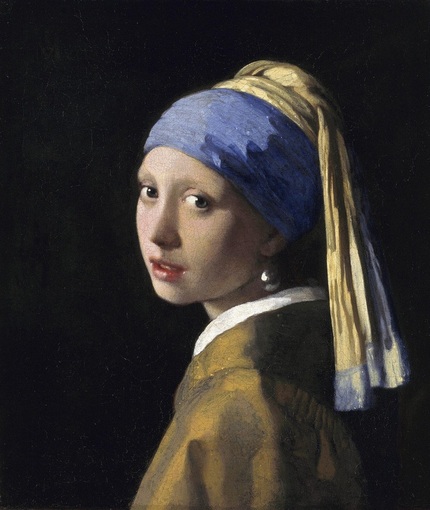 This painting was made famous by a Scarlett Johansson movie of the same name a few years back. But it's perhaps one of the most beautiful, yet most misunderstood, paintings of the Renaissance. Let's figure it out...

1.Why did the artist paint her against a black background?

2.What's the first thing about the girl that pops out at you?

3.She has such amazing expression on her face...but what is it? What emotion is she conveying (showing)?

4.Remember, one of the main goals of Renaissance art is to create the human being as realistic as possible. What "realistic" about this painting? In other words, what parts of it look almost like a photograph?

5.Imagine: Who is this girl? (Based on the painting, who do you think she is? There's no wrong answer...) 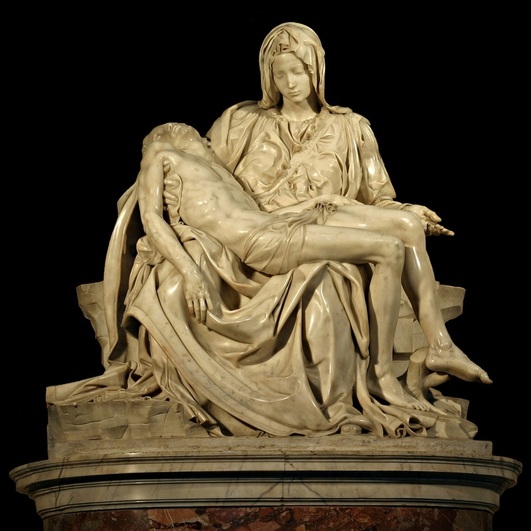 1.This is a sculpture of Mary holding her son Jesus after he's been crucified (killed on a cross). Why does Mary hold him like a baby, even though he's a grown man?

2.Mary looks young in this picture, even though she was probably close to 50 at the time. Why did Michelangelo sculpt her younger than she actually was?

3.ANALYSIS: Was this sculpture made to mourn the death of Christ or celebrate his sacrifice? 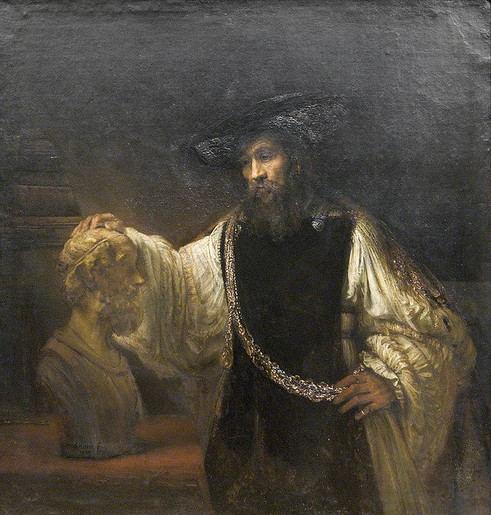 1.In this picture, Aristotle (right, a Greek philosopher gently touches a bust (head sculpture) of Homer, one of Greece's oldest and best philosophers. What expression does Aristotle have on his
face?

2.What part of the painting is illuminated (has light shining on it)?

3.Remember, the Renaissance embraced the Greek and Roman classics. Why did Rembrandt paint this picture? 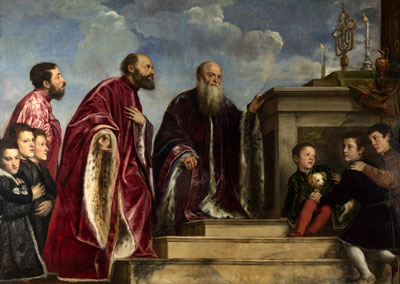 1.This picture is almost perfectly symmetrical. What divides the picture in half?

3.What are the grown men looking at (except for the guy in the middle of the whole painting...)?

4.What are the children looking at? 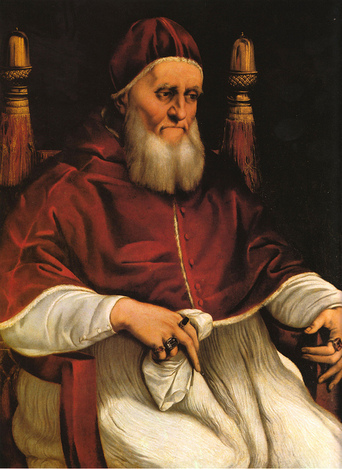 1.This is perhaps one of the most descriptive pictures of the Renaissance. What's the expression on the Pope's face?

2.You might not know this yet, but you DO know that the Church was the most powerful element in Middle Ages Europe. So, make a guess why do you think he's so sad?

4.Again, remembering that the Renaissance was all about showing the realism of the human body, which parts of the picture appear the most real?

5.ANALYSIS: Is this an anti-religious picture? In other words, is Raphael painting this because he's happy the Church has fallen apart?