The Revisionist
and Modernist
Point of View

Claim: The English Civil War was NOT Inevitable, but was the result of  Short Term Errors committed by
King Charles I and Lingering
Scottish and Irish Tensions

The Whigs and Marxists place the blame on James I and the economic problems of the empire. But…is it all James fault? Modernists say no. In fact, historian Christopher Durston (1993) states that,
Additionally, let’s continue to “fight quotes with quotes”:
The Modernists will actually point the “blame” at James’ son, Charles I, the one who would be executed in 1649. They will say that England, although rife with problems, had no overwhelming and/or insurmountable problems. They focus on the short-term problems that Charles I caused…
In seemingly a “final blow” to the Catholic faith, Charles demanded the issuance of a new “Catholic Prayer Book”, reformed to the standards of the Protestant faith. Scots, now forced to read this new book, were outraged: the book, according to them, contained foundational errors, completely misrepresented the act of communion, and was imposed completely without any Catholic consultation. As Charles did not visit Ireland until 1633, the recently “land-seized” Irish felt completely omitted in this religious overhaul.

By 1637, a full-on Scottish revolt gripped the island nation. Some even feared that the Scots would invade their southern brothers. In April 1640, Charles was forced to “call” Parliament. Remember, James had “dissolved” them in 1611, called them once in 1621, but over the next 19 years, Parliament was essentially nullified. Why was Charles “forced” to call his counsellors? Quite frankly, the rebellions over the Prayer Book, the threat of a Scottish invasion, and the continued problems of finance. Eventually, Parliament and the King decided upon the Nineteen Propositions which decreed the following: 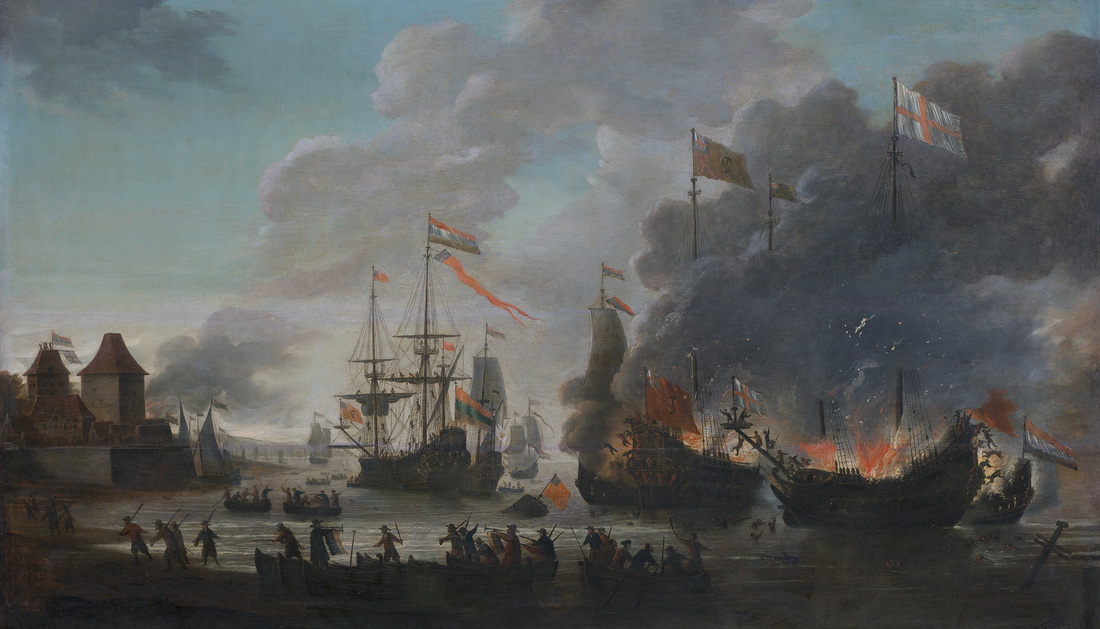 But, as historians would note, the “billiard ball” effects of the Scottish threat and the new Irish Rebellion in October 1641 would pour “gas on the fire” of the lingering problems of financial woes. For centuries, kings could use a “back door” tax known as “shipping money” to collect revenue. In essence, if the king ever felt that a naval invasion was imminent, he could demand that coastal towns pay a tax so that the king could purchase new ships. In 1635, Charles would issue the following warning:
Many coastal towns found this tax not only insulting, but darn near impossible: said the Sheriff of Flintshire:
Charles would back off his demand for “ship money” by the end of 1641, but it wouldn’t prevent looming tensions from exploding the next year. The combination of an “ill-fitting king”, financial problems, and dual rebellious threats of Ireland and Scotland would result in the English Civil War, 1642 to 1649.