First of all, what is "Social Security"​ and why does it cost so much? 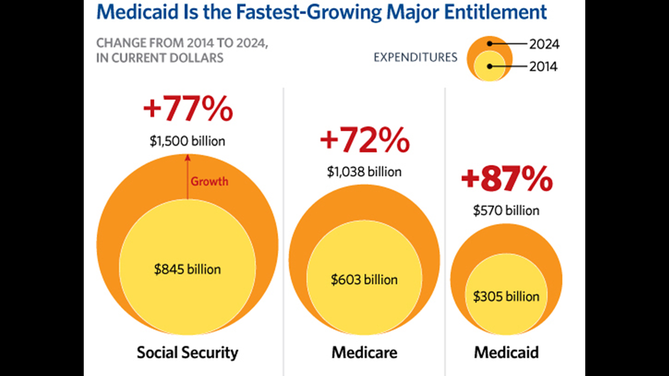 Firstly, it is the costliest Federal expense, and according to the graphic above, will grow by 77% in the next 10 years! But what is it​? 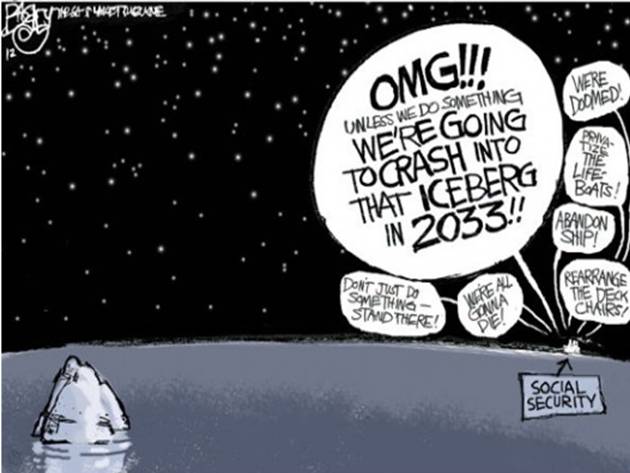 But then life expediencies changed! Today, the average American lives to be almost 80 years old today! That means that they're living 15 years longer! So...in summary, that money is running out! The cartoon above expresses the terrible fact that all of the money in Social Security will run out in the year 2033. Why, though? Examine the video GIF below:
Feel free to stop the above video from time to time. But, what's it saying? Well, this is the way Social Security works, and also, why it's failing: 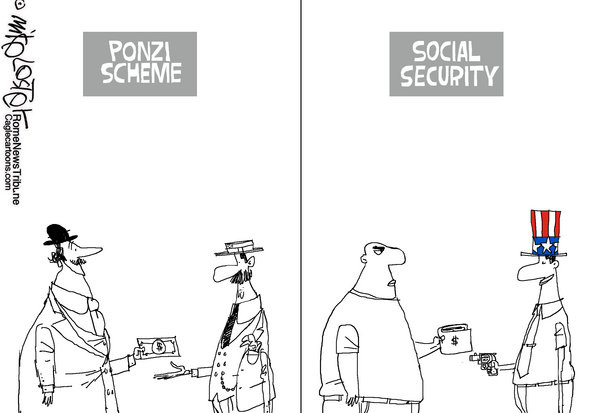 So...what can you do? Answer: Not rely on just Social Security for your retirement! Save more, invest more, and you'll be fine.

But that's not the point of this activity: We need to come up with a "solution" to this "Sacred Cow" problem. The government "pays" $845,000,000,000 per year in Social Security in the form of monthly checks, But suppose we could "start over"....

Come up with a "solution" for "old age" retirement and explain it to me. How would you make sure that "old people" have enough money for retirement? After all, they're not working, so how will they make money?

Additionally, would you "continue" the Social Security program? Abandon it altogether? Or tweak it a bit? Tell me what you'll do...and how you'll do it!
Health care