Joseph Stalin and
the Soviet Sphere 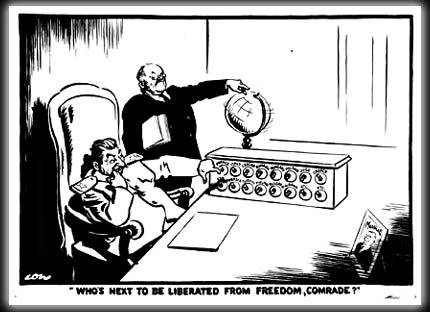 Let's start at the beginning. In the post-World War II world, the "big three" leaders that would repair Europe were the United States' Franklin D. Roosevelt and Harry Truman, Britian's Winston' Churchill, and the Soviet Union's Joseph Stalin. 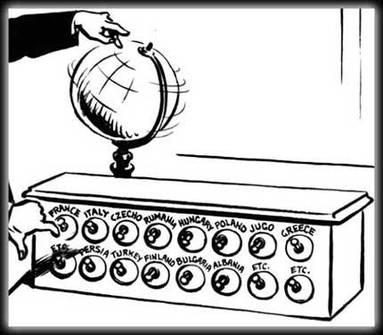 It became clear to most people that Stalin wanted more than peace. In the end, it seems like he desired to "liberate" from the grips of democracy, the countries of France, Italy, Czechoslovakia, and the others, of which you can see in the zoomed-in picture on the right.
But he didn't get all the nations he wanted! In fact, only a few of them remained under Soviet and Communist control, and you can see them below: 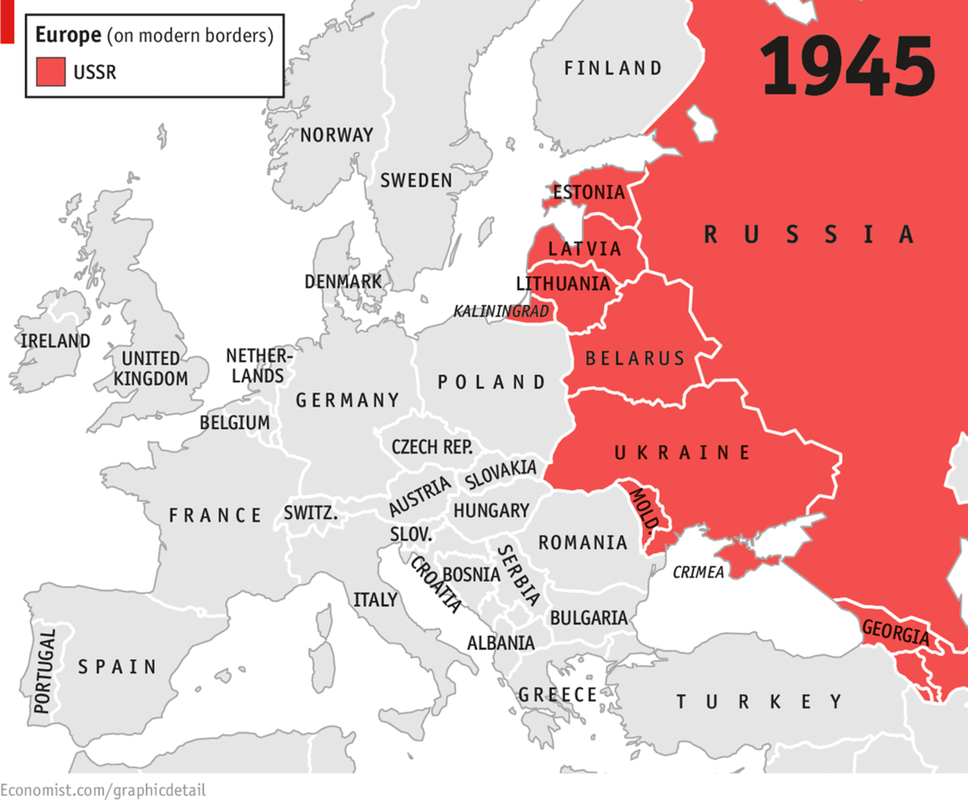 Just FYI, you'll notice that Ukraine has been under Soviet control since Day 1!

And the Soviets didn't stop there! You can see the rest of the map, and the respective Soviet and Communist nations below: 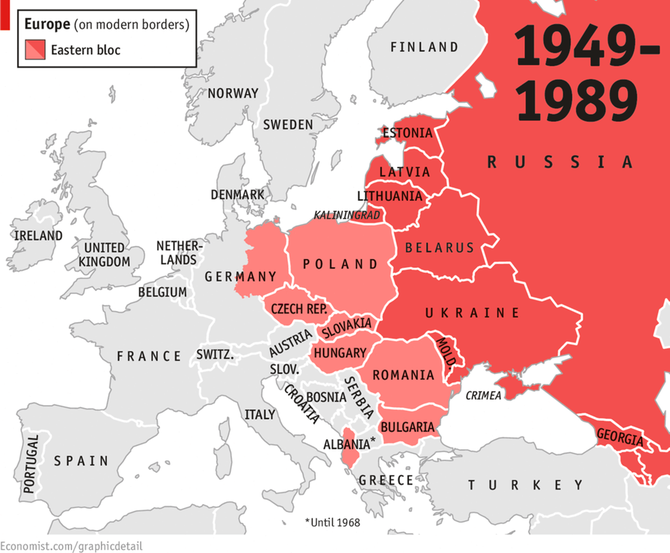 You can see the "date stamp" on the image. These nations were "communist" until the fateful year of 1989, when communism fell, and we'll examine that next...
Communism's "Appeal"