Examining the Concepts of Federalism Through the Lens of Election 2014 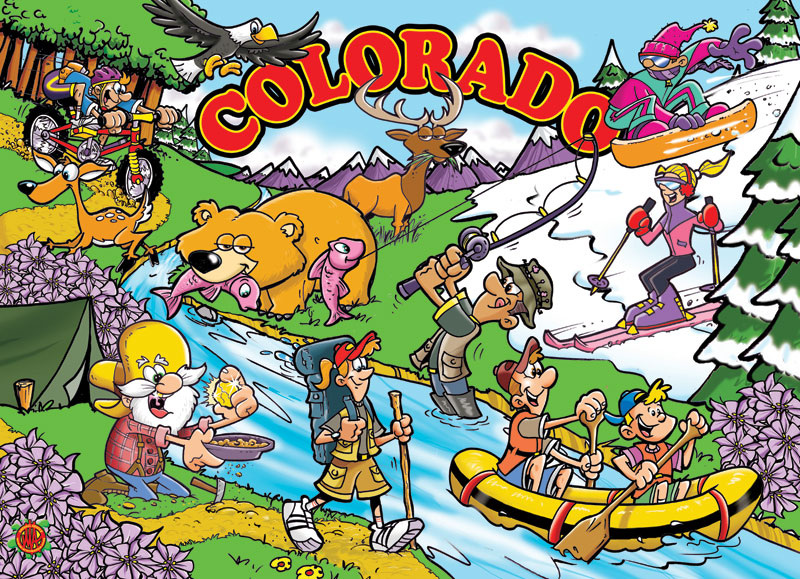 Welcome to the wonderful state of Colorado!

As a way of understanding the concepts of "federalism", let's examine what's on the State Ballot for Election 2014. Remember what federalism is all about: the "balance" of power between the State and Federal Governments.

So, if that's the case, what will Coloradoans be voting on next month? Are there national impacts of our decisions? Or better yet, are national actions the cause of our ballot initiatives?

Part I: What's on the Ballot?

This activity is designed to do two things: 1) Educate you on the issues, and 2) See where the issues illustrate the "struggles of federalism". So, let's start with the first part: the issues.

NOTE: Below, you will find summaries of the ballot issues and an impartial suggestion on how you should vote if you feel a certain way. It should be noted that 1) these are NOT Mr. Barnes words or opinions, and 2) the information is taken from various sources, ranging from the Denver Post to "9 News" and the Colorado Springs Gazette.

Amendment 67: Definition of Person and Child

Language: Shall there be an amendment to the Colorado Constitution protecting pregnant women and unborn children by defining “person” and “child” in the Colorado criminal code and the Colorado wrongful death act to include unborn human beings?

In Plain English: Voting YES would allow anyone who kills an unborn child in Colorado to be charged with homicide. Currently, under Colorado’s criminal code, a “human embryo, a fetus, and an unborn child at any stage of development prior to live birth” are EXCLUDED from any homicide cases; the termination of an embryo, fetus, or unborn child, currently, is NOT a homicide.

Why You Should Vote Yes: This amendment would make killing an unborn child the same crime as killing any person. It would hold people criminally and civilly liable for the death of an unborn child.

Why You Should Vote No: In the state of Colorado, there is already a law against the reckless cause the death of an unborn child. Amendment 67 is a veiled ban on abortions, birth control, and medication that can terminate a pregnancy after it begins.

History: Colorado has voted on this issue in the past. The definition of "personhood" has failed before.

In Plain English: Voting YES would allow slot machines, blackjack, poker, roulette and craps at up to three horse racetracks in the state. No more than one racetrack in each county can have those “limited-stakes casino gambling” games. Gambling now is limited to Central City, Black Hawk and Cripple Creek.

Why You Should Vote Yes: This amendment would bring millions of dollars to Colorado schools without costing tax payers a single penny. Since Colorado voters have twice rejected tax increases to fund education, this is a great alternative! The money would be distributed to every school district on a per-pupil basis.

Why You Should Vote No: If this law passes, the casinos that will reap gambling revenues are owned by a Rhode Island business...not a Colorado one. Additionally, the wording is so poorly stated that there are many "loopholes" that could except schools from receiving this money. Thirdly, there are grave concerns about the current gambling businesses up in Central City, Black Hawk, and Cripple Creek. If gambling is allowed in Arapahoe, Mesa and Pueblo counties (the cities of Denver, Grand Junction, and Pueblo...), people will not have a "gambling need" to travel up to the mountains, and these cities will collapse, economically.

History: Colorado does not tend to vote in favor of gambling. It is heavily restricted in this state.

Language: Shall there be a [law]...requiring any meeting of a board of education...at which a collective bargaining agreement is discussed be open to the public?

In Plain English: Voting YES would allow meetings be open to the public when school board members or school district staff are meeting with teacher’s unions to negotiate collective bargaining agreements, including salary schedules and other benefits for teachers and frequently cover other working conditions, like hours and discipline.

Why You Should Vote Yes: This amendment would allow for the public to listen in on, and participate in, meetings regarding teachers' pay, schedule, and benefits. 11 states always allow for this. This "transparency" would create more honest school districts.

Why You Should Vote No: If this law passes, it will become a logistical nightmare. The public isn't aware of, nor do they understand, all of the school language and terminology, and therefore, much time would be spent explaining these issues. Additionally, most districts allow for the public to participate at certain points of the negotiation process.

History: Coloradoans tend to defend teachers and their rights. This law might be viewed as an invasion of privacy and process.

In Plain English: Voting YES would mandate that all foods made with genetically modified ingredients be labeled as such. There are exemptions for such foods and food products, such as food served in a restaurant, food for animals, gum, alcoholic beverages, and foods that contain genetically modified material as a processing aid but are not MADE with these materials.

Why You Should Vote Yes: This amendment would allow help Coloradans to make decisions when purchasing food by providing information about which products are genetically modified and which are not. Many studies suggest that foods made with genetically modified organisms (GMOs) are associated with health risks. Additionally, many European nations require GMO labeling, and it is good foresight that if there are health problems associated with them, it's better to be "safe than sorry".

Why You Should Vote No: If this law passes, it will be a financial and logistical nightmare. The  new labeling requirements will cost manufacturers, distributors and retailers money to comply with the new regulations. That could result in higher food prices and will have a greater impact on small businesses and farmers. Additionally, since most GMOs use less water and require fewer pesticides, the opposite will be true with non-GMO foods. Lastly, there is no scientific evidence that GMOs lead to health problems.

History: Colorado is a very "healthy" state, but one that relies on agriculture and farming. It's likely that many Coloradoans will feel sympathy for our state's farmers and ranchers.

Part II: Through the Lens of Federalism

It's important to become educated on the issues, but perhaps MORE important to see how we got here! Such questions might include:

Let's see if we can answer these questions.

Below are various links to the website group known as VOX.com (and one from the Huffington Post). Click on the links and interact with the material. When you're reading, answer: Why is this issue, and Colorado's voting action, an example of federalism?

The United States and Abortion 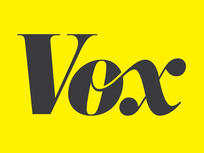 The United States and "GMOs"