welcome to the
enlightened bean 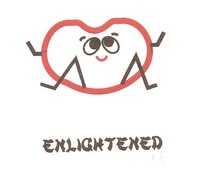 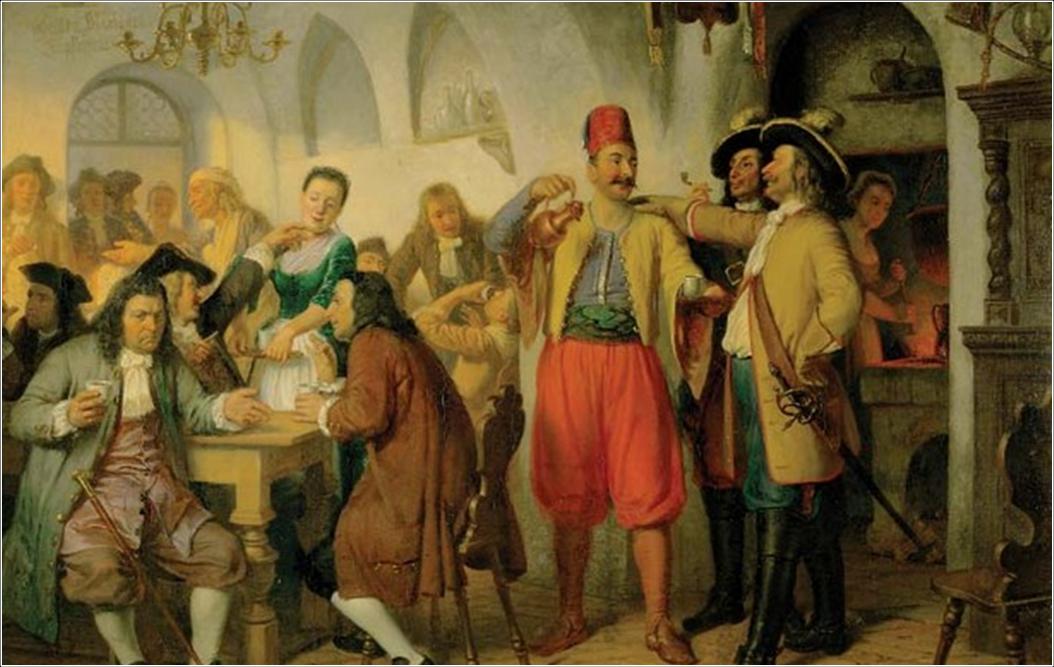 We’re glad you stopped by!

Take a look around, and we think you’ll be right at home. Careful! It’s crowded in here!
First come, first served. And our attendees can get a bit rowdy at times... 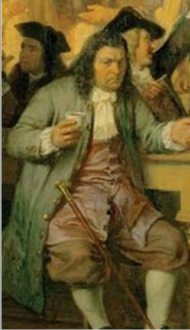 Don’t bother François in the corner. He always looks like that: angry, constipated, bitter-faced? We’re not quite sure. But he’s harmless. Just don’t get him talking about politiques pour les masses! 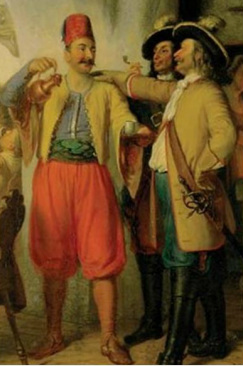 Continue to look around. At the center you'll see a peculiarly-dressed Turk named Gassele. He seems to be the life of the party, as well he should be! It was his people who brought coffee to the Viennese!

In fact, this coffeehouse is the first one in all of Europe! According to legend, after the Turkish siege of Vienna in 1683, the retreating Turks left behind a sack of coffee beans. They were picked up by a man named Georg Franz Kolschitzky who opened the very coffeehouse that you see here! He originally called his shop, The Blue Bottle Coffee House, but we like the "Enlightened Bean" better... 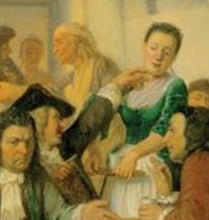 Look towards the back and you'll see Madame Angelique Therese Cheminau, a close friend of Madame Marie Geoffrin.

It seems to me like one coffee connoisseur is getting a little to frisky with his waitress! Nonetheless, it's not that uncommon to see womenfolk in the coffeehouses. Very few made it to the "salonniere" level that Madame Geoffrin did. Angelique here is working hard as a waitress hoping to one day move up the ranks! But she's smarter than she looks: though she's "just a waitress", she and her other "worker girls" meet, separately, after hours, to read the latest texts fresh from the presses! Her favorite so far is Candide. She swears that Voltaire once came in to the "Enlightened Bean"...but we all know he's a tea drinker and abhors coffee! 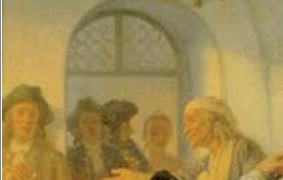 Speaking of the latest texts, let's head to the back of the room where Wilhelm and his buddies are discussing John Locke's most recent script.

And luckily, you're here just in time! They just got started! One of the men hands you the script and encourages you to skim it really fast. They're about to engage in that all-too-familiar "coffeehouse debate".

Read the script below and then join the conversation!

Answer the questions below to best prepare for the debate!

John Locke’s(1693-1704) intellectual curiosity and influence ranged wide, from political theory to the nature of human consciousness, from economics to, in this piece, education. Originally composed as a series of letters to a friend who had sought Locke’s advice concerning his son’s educations, “Some Thoughts” constitutes a companion piece to his “Essay Concerning Human Understanding” (1690), in which he argued that the mind at birth was a “blank slate” upon which ideas were imprinted, and that all knowledge was derived from sensory experience and reasoning. These concepts were at the core of Enlightenment beliefs in human rationality progress.

- - -
A sound mind in a sound body is a short, but full description of a happy state in this world. Men's happiness or misery is most part of their own making. He, whose mind directs not wisely, will never take the right way; and he, whose body is crazy and feeble, will never be able to advance in it.

[However], of all the men we meet, nine parts of ten are what they are, good or evil, useful or not, by their education. 'Tis that which makes the great difference in mankind. [We see education at a young age] where a gentle application of the hand turns the flexible waters in channels, that make them take quite contrary courses; and by this direction given them at first in the source, they receive different tendencies, and arrive at last at very remote and distant places.

The great mistake I have observed in people's breeding their children, has been that the mind has not been made obedient to discipline, and pliant to reason, when at first it was most tender, most easy to be bowed. Parents love their little ones and it is their duty; but they often, with them, cherish their faults too…

It seems plain to me, that the principle of all virtue and excellency lies in a power of denying ourselves the satisfaction of our own desires. I would advise that children should be used to submit their desires, and go without their longings, even from their very cradles. The first thing they should learn to know [is to] learn to be content without [longings], [and therefore, they]…would no more cry for another thing, than they do for the moon…

I have spoken so much of carrying a strict hand over children,…[but] I am very apt to think, that great severity of punishment does but very little good, nay, great harm in education; and I believe it will be found that those children who have been most chastised, seldom make the best men…Beating them, and all other sorts of slavish and corporal punishments, are not the discipline fit to be used in the education of those we would have wise, good, and ingenuous men; and therefore very rarely to be applied, and that only in great occasions, and cases of extremity.

On the other side, to flatter children by rewards of things that are pleasant to them, is as carefully to be avoided. He that will give to his son apples or sugar-plumbs, or what else of this kind he is most delighted with, to make him learn his book, does but authorize his love of pleasure, and cocker up that dangerous propensity, which he ought by all means to subdue and stifle in him…

Curiosity in children … ought to be encouraged in them, not only as a good sign, but as the great instrument nature has provided to remove that ignorance they were born with; and which, without this busy inquisitiveness, will make them dull and useless creatures…

Every gentleman…desires for his son…these four things, virtue, wisdom, breeding and learning…

I place virtue as the first and most necessary of those endowments [because it is] absolutely requisite to make him valued and beloved by others, acceptable or tolerable to himself. Without that, I think, he will be happy neither in this nor the other world.

You will wonder, perhaps, that I put learning last…When I consider, what ado is made about a little Latin and Greek, how many years are spent in it, and what a noise and business it makes to no purpose, I can hardly forbear thinking that the parents of children still live in fear of the school-master's rod, which they look on as the only instrument of education; as a language or two to be its whole business…Reading and writing and learning I allow to be necessary, but yet not the chief business…[A school teacher’s business] is not so much to teach him all that is knowable, as to raise in him a love and esteem of knowledge; and to put him in the right way of knowing and improving himself when he has a mind to it…

[Teachers and schooling should do two things]:

1. Teach him to get a mastery over his inclinations, and submit his appetite to reason…

2. Make his mind as sensible of credit and shame as may be; and when you have done that, you have put a principle into him [by] grafting the true principles of morality and religion.
QUESTIONS:
Great job! Now that you know about Locke and his thoughts on education, you're ready for the age-old coffeehouse debate!