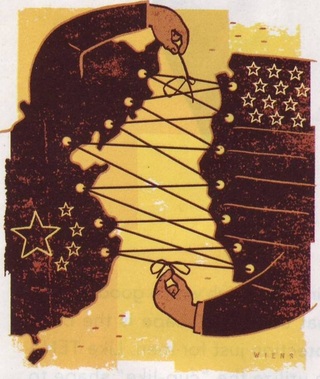 It's no great secret that over the past few decades, American manufacturing and economics have shifted overseas. International workers will work for pennies on the dollar compared to the the $8 to $9 minimum wage our Americans get.

1.     Examine the graph below, and make a conclusion. 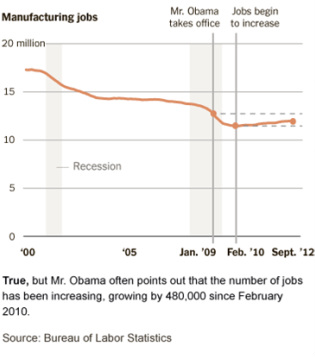 In this most recent State of the Union Address, President Obama had this to say about the state of American manufacturing:

2.     Summarize Obama's argument as to why things are getting better, and will continue to do so. 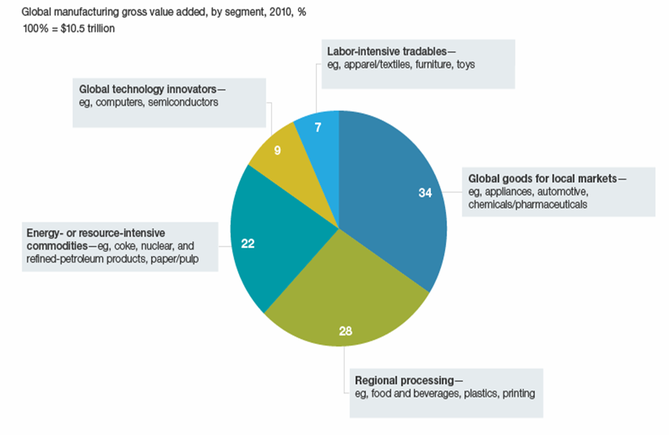 3.     STOP AND PREDICT: Of the manufacturing sectors shown above, in which one(s) do you think the United States excels the most?

Continue with the graphs below. 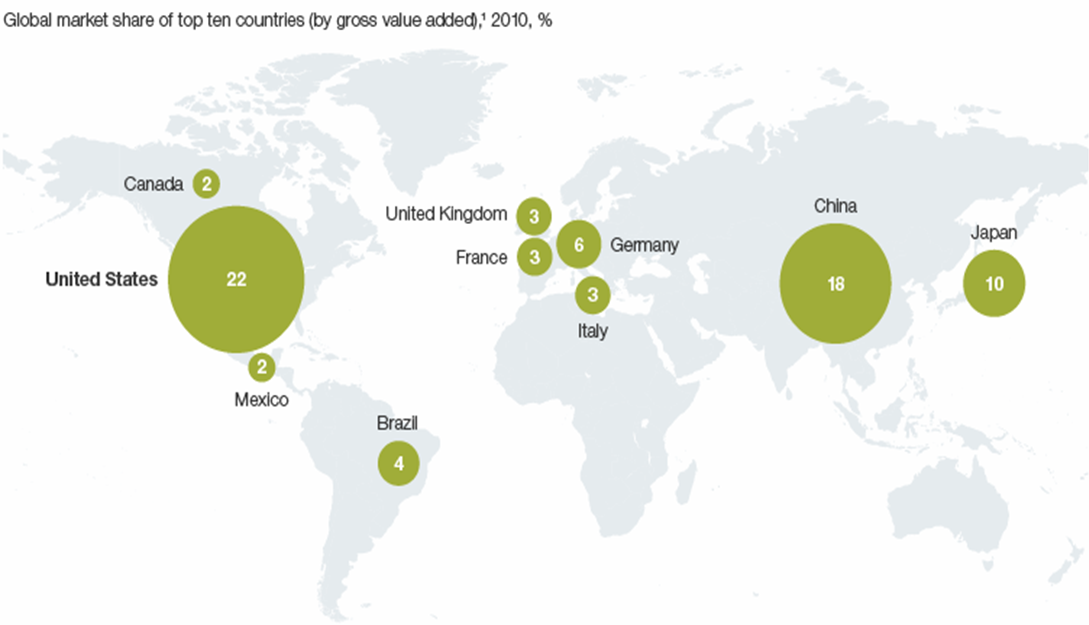 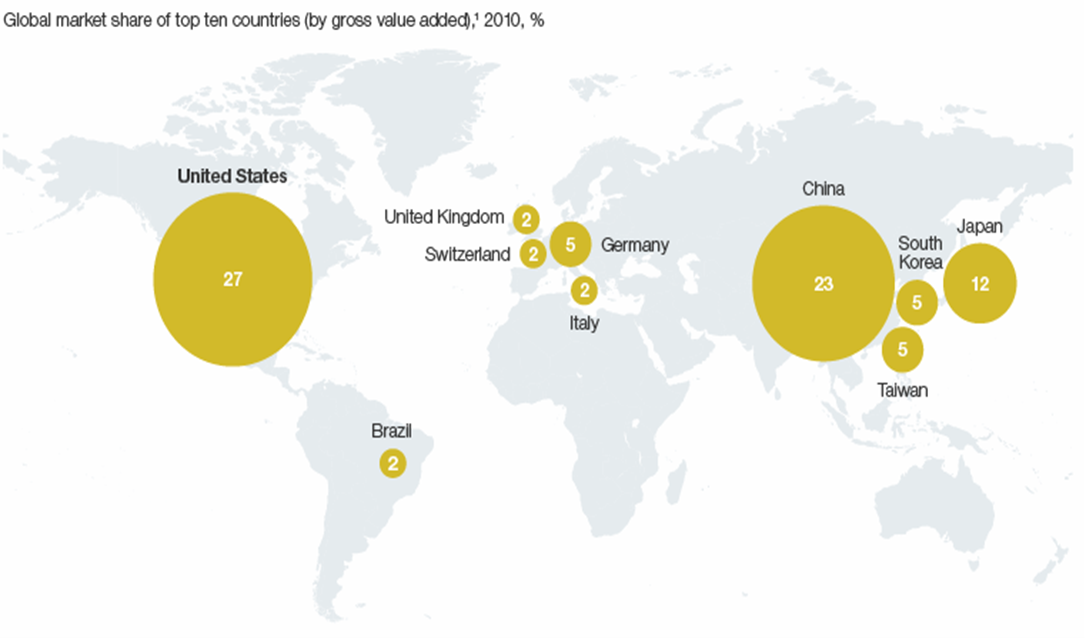 Global Technology (Computers, Semiconductors)
And that's it! The United States only "leads" in food and beverage and slightly in computers and technology. China is "neck and neck" with in those categories and leads in all others.
So, should we worry? 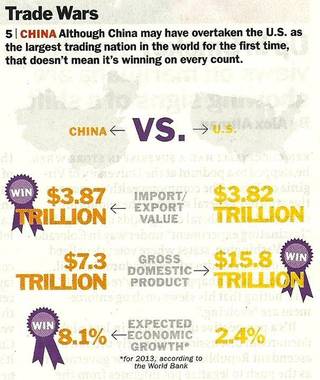 Global Technology (Computers, Semiconductors)
Yes, a few things stick out the most. Our "Import / Export Value" is about even, for every dollar's worth of goods that we "sell" to China, they sell us one dollar back. But the most important part of that graph is our Gross Domestic Product (GDP) discrepancy: our economy is twice as strong as China's...

BUT! What do we buy from them? Examine the graph below and answer the questions. 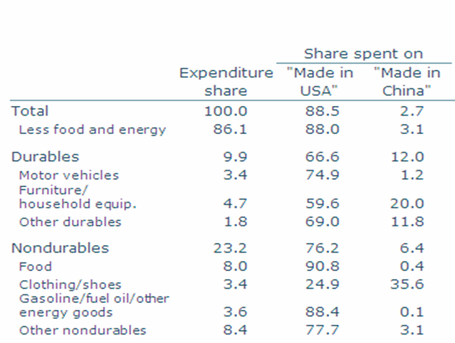 4.    "Durables" are "manufactured products, usually made of plastic and metal. From China, what kinds of durables make up the largest percentage?

5.  "Nondurables" are exactly the opposite: they're things that are usually "used" (eaten, consumed, burned for power, etc.) and usually don't last long (like clothing). From China, what kinds of nondurables make up the largest percentage?