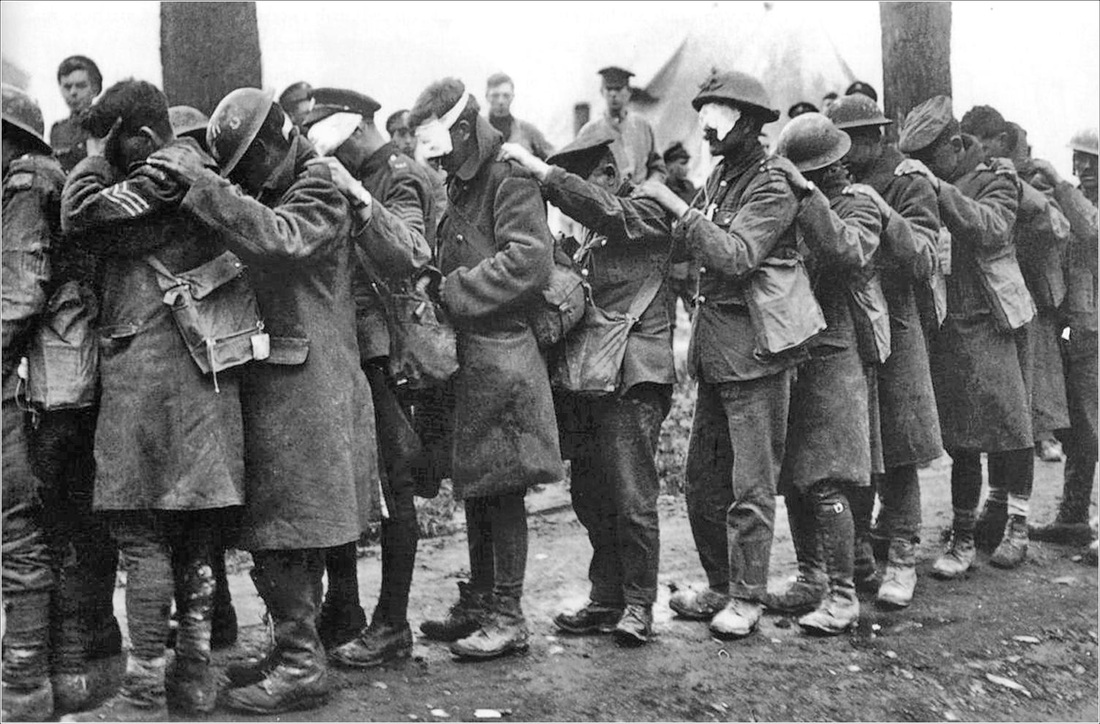 The British 55th Division suffered tremendous gas casualties (April 1918)
Perhaps the most infamous war weapon of the First World War was poison gas. Invented by a German military unit that included five future Nobel laureates, it was its leader, Fritz Haber who had the idea to use poison gas during wartime. 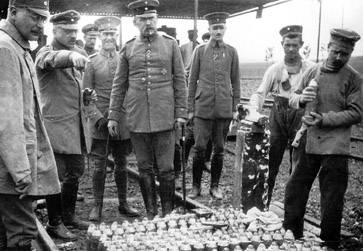 Fritz Haber, second from the left, explaining on the poison gas worked.
A few distinct types of poison gas were developed for use. The approach was simple: since certain gases are heavier than air, they would naturally "sink" over enemy trenches, assuming that the gases would be carried by "friendly" wind currents. But, in order to be truly effective, the gasses needed to be lethal. This meant large amounts released along a length of front. Phosgene was the deadliest known gas, and previously, some was manufactured, but not in anything like the quantities needed. There was more than enough chlorine. A few deep breaths of air containing containing chlorine at 1000 ppm (parts per million) is fatal. 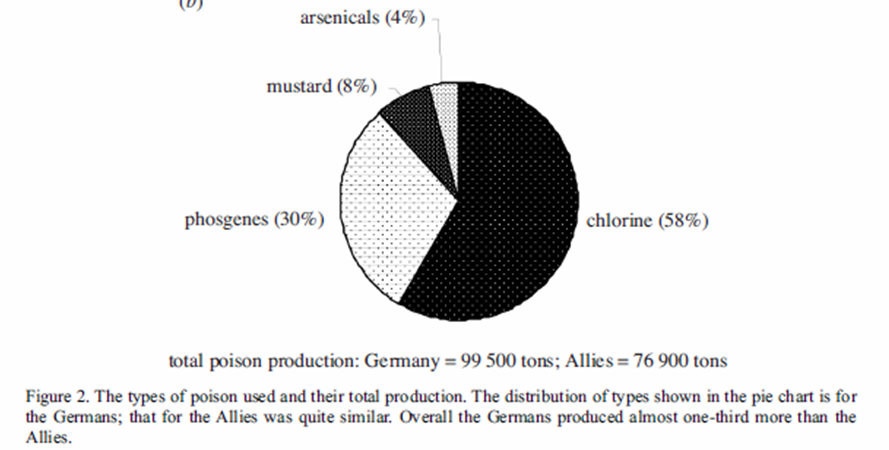 German production of chlorine gas was about 40 tons per day. Haber left it to the military to determine whether poison gas was legal. The Hague Convention (an internationally-agreed upon set of rules for military operations) banned the use of shells containing poisonous substances, so release from cylinders was, by the letter, legal. Haber was assured that the French were releasing tear gas from exploding rifle bullets and would soon use poisons. Haber was authorized to prepare for a chlorine attack. A total of 1,600 large and 4,130 small cylinders were dug in along 7 kilometers of front. They were assembled in groups of 10 coupled to a manifold leading to a single spout, so that fewer Pioniers (special service operatives) would be needed to open the cocks (shells). 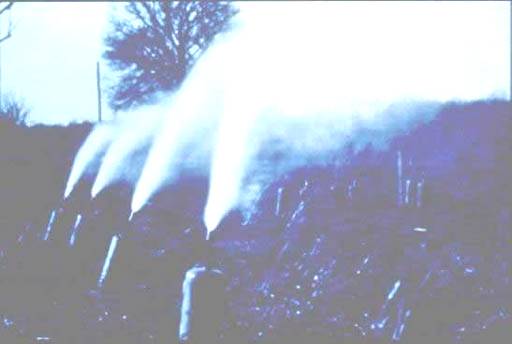 William Van Der Kloot wrote of one particular instance of German gas usage. His words are below:
The German writer Rudolf Binding saw the results when he was ordered to take his men forward to retrieve abandoned guns: 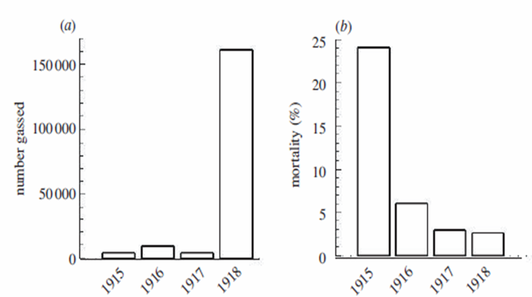 The huge increase in numbers reflects the vast increase in tonnage employed as the war went on. The percentages dying in hospital declined drastically after 1915, because the men had better protective equipment and were trained how to respond. Survival in hospital was much better for those poisoned; overall about 11% of the wounded died in hospital, whereas only about 3% of those gassed died. The question unanswered by these data is whether relatively few died in hospital because so many died immediately on the field. This possibility cannot apply to horse casualties, because their handlers recorded the reason for their death or destruction regardless of where it occurred. From July 1916 to the end of the war the British horses suffered 128,844 gunshot casualties, with a death rate of 44%. In the same period they had 2,431 gas casualties, with a death rate of 9.5%. Again it was better to be gassed than shot.
ANALYSIS QUESTIONS:
HOME
The Armenian Genocide